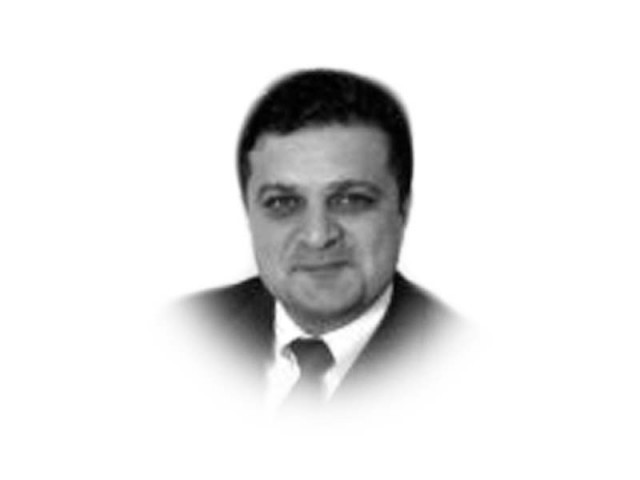 The writer is the president of Islamabad Consulting (www.isbconsult.com), a global management consultancy operating in Pakistan’s corporate and development sectors

CPEC is a major Chinese project closely related to its One Belt, One Road initiative that aims to boost Asian trade internally as well as externally. The initiative is ambitious on an unprecedented scale. It dwarfs the Marshall Plan which rebuilt Europe after the Second World War. It will impact about 65 per cent of the world’s population, about one-third of the world’s GDP, and about a quarter of all the goods and services the world moves. We are fortunate to be part of it. However, it is time for Pakistan to move from discussions around the project into developing a national vision that takes full advantage of the opportunities presented. Much is at stake if we do not do this in an accelerated time frame. Following are some of the major areas that need to be addressed:

Environment: Environmental cooperation is usually a major part of such agreements but this component has yet to be addressed. This is a problem since it has been estimated that once trade starts flowing up to 7,000 trucks a day will pass through the ecologically sensitive Khunjerab Pass and generate up to 36.5 million tons of Co2 emissions en route to Gwadar.

All experts agree that the emissions will melt the northern region’s glaciers and negatively impact agriculture and food and water security of our growing population. We need a solution and one that has not been discussed so far is to use the project to facilitate the migration of our transportation sector to first hybrid and then electric power. This will have three major benefits. The repowering station requirements of CPEC transport vehicles moving to electric power will accelerate and enable the early migration of our remaining transportation infrastructure to renewable energy. Oil-related products currently account for approximately a third of our annual imports. It will free us from the circular debt problem associated with them. Secondly, it will open up opportunities for the private sector to set up micro hydroelectric plants in G-B, AJK and K-P and small-scale solar and thermal power plants in Punjab, Sindh and Balochistan that generate power for the vehicle repowering stations along the route.

Thirdly, if properly regulated this could allow communities to be brought together in common economic interest to service the traffic passing through their area (repowering stations, food outlets, workshops, hospitals, etc). The vested economic interest will enhance security and provide more confidence to the Chinese sponsors to increase investments along this corridor.

If environmental impact is not addressed then as factories get built in the economic zones, the pollution will further exacerbate our problems of climate change. This is a great concern given that according to PWSER research, Pakistan is on track to experience an African-style, large scale water famine as early as 2025.  The only solution is massive water storage projects which can also generate cheap renewable hydropower electricity for our residential, agricultural and industrial sectors.  Currently, 35 per cent of our energy is oil based which requires foreign exchange externally and has led to circular debt internally. The suggested projects will generate a lot of employment and most of the large-scale construction could be locally managed minimising foreign exchange requirements which depreciate the local currency. We should seek assistance from the Chinese to set up a regional carbon trading market that finances a lot of these renewable energy projects. Ideally we should have been debating and finalising a comprehensive programme put together by our government to address this upcoming crisis before this time. In our democracy, an endeavour this big will take time to educate and build national consensus and then it will take more than a decade to implement this programme.

Industrial development: CPEC is a game changer and opens up trade between the Central Asia and the Middle East, Africa and Europe. Its major purpose is for China to increase its trade with these regions by improving and simplifying logistics and transportation. Currently imports into Europe from China account for about $450 billion which has room to grow in a $7 trillion market. As trade increases along this corridor, it would be foolish if Pakistan did not develop its own national strategy to cooperatively capitalise and cash in some of the economic opportunities presented. However our current exports are dominated by textile and organic commodities with low value addition. Clearly, our current corporate and SME sectors is by and large not ready to address this upcoming opportunity and we are in danger of being swept aside.

An illustration of what can happen is found in many marginalised communities who are situated along the Iran trade corridor in Balochistan or the Afghan trade corridor in K-P and get no visible benefit from the passing trade. Under the Obama Administration, USAID had announced a $40 million project called SME-A for intervention that provides technical assistance to 6,000 SMEs in the areas of textile, ICT, light engineering, hospitality, minerals, leather, logistics and packaging. Given what’s at stake, the government should seriously consider taking a piggy back ride on this initiative and expand collaboration if it continues in the Trump administration. It should consider taking it over if for some reason the US backs off the project.

Regional hub: CPEC provides an unprecedented opportunity to Pakistan as it fulfills its geostrategic potential as the gateway of trade between Central Asia to the Middle East, Africa and Europe. It is ideally situated to become the defacto maritime trade hub between the Europe and Asia. A regional hub provides many opportunities other than logistics and transportation including legal, financial, marketing, business communication and other services.

China has created the Asian Infrastructure and Investment Bank and the Silk Road fund to support this realignment of global trade with roles loosely defined around the World Bank and IFC. Many new institutions will be required for instance similar to the World Bank International centres for Settlement of International Disputes. Pakistan is in an ideal position to develop these capacities if our government provides the enabling environment for it through capacity development programmes, enlightened legislation and policies. Our argument would be that Karachi is more suited location wise than Mumbai or Colombo and cheaper than Singapore to address these needs. Pakistan has in the past shown the ability to set up world-class institutions that serviced global trade and can rise up to the challenge if it puts the right people in charge. In time, the acquired competencies and broader understanding of the benefits would give us the political will to overhaul our internal justice system and inefficient bureaucracy. Ranked at 106/113 in the WJP Rule of Law Index, this is something we badly need.

In conclusion, CPEC is a game-changing opportunity for Pakistan. Global pundits are looking at the multi-trillion dollar investments being made by China and saying that its effective utilisation is key to the success of this vision. Similarly, for Pakistan, if we do not evolve a vision of how we use this improved infrastructure and realignment of global trade in this region for our benefit, and execute on it effectively we are in danger of being left behind. Indeed it will be a shame if we do not rise to the opportunity and fashion national consensus on an inclusive strategy that leverages this project to propel a major part of our population, and not just a few families, into the economy of the 21st century.