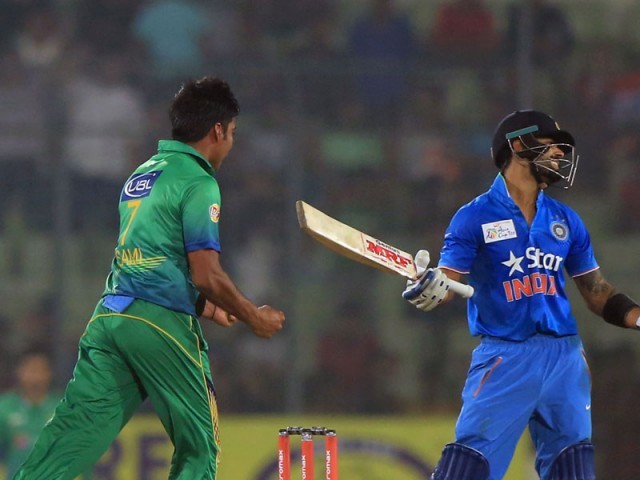 The Board of Control for Cricket India [BCCI] is seeking permission from the Indian government to play  a series against Pakistan in Dubai later this year, the Indian Express reported.

According to the newspaper, BCCI wrote to the Indian Homes Ministry asking them to play Pakistan to “complete their obligation under the Future Tours & Programme [FTP] agreement” of 2014.

The news daily further reveals that the Indian team is ready to travel to Dubai –  Pakistan’s home venue, to play the series.

“Permission has been sought from Home Ministry, we don’t know what is the government stand. Last time, tension between the two countries was at its peak. Also, there is the FTP agreement that needs to be fulfilled and that’s why the board is willing to travel to Dubai to play a series against Pakistan. Unless the government gives its nod, the BCCI cannot do anything,” a source told the Indian Express.

“We will seek permission from our government then,” he added.

The Asia News Internation [ANI], however, reported that a BCCI source denied talks between PCB and BCCI.

No talks between BCCI and Govt of India on playing cricket with Pakistan: BCCI sources

Chance of playing Pakistan only arises if we participate in Champions Trophy, says BCCI chief

Due to tensions between the two countries, the government previously refused to give NOC when the board, headed by Shashank Manohar, asked to host a short series in 2016.

The BCCI has given a September-November window to play arch-rivals since the Champions League T20 tournament in September was discontinued, clearing Indian team’s schedule until it heads for the South Africa tour.