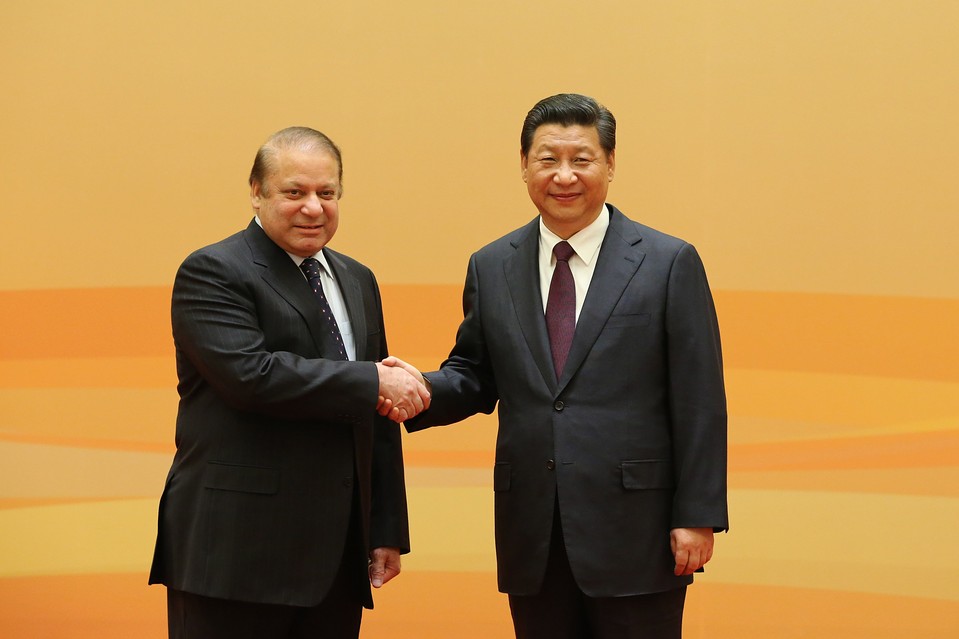 The Pakistan Day parade was a significant event in many ways. A country that has seriously suffered militancy; remained under threat of isolation by hostile neighbours and on an edge while the Panamagate judicial judgment is awaited, found genuine reason to relax and celebrate. This parade was unique in many ways. This was the third year in succession that it was taking place, indicating that the military could spare its troops and resources for this annual ritual despite fighting the war on terror. Not that it implied the threat of terrorism was over as recent events bear testimony that more than 100 lives were lost, the worst being at the shrine of Lal Shahbaz Qalandar.

Daish or the Islamic State has been brutally targeting shrines for they are against Sufism and Barelvi beliefs. These incidents are a stark reminder that the government has to seriously address the ideological aspects of terrorism.

But comparing the past, security conditions in country have clearly improved. Sparing a large contingent of forces away from security duties would have otherwise not been possible as was the situation for a few years prior to 2015.

The participation of the Chinese and Saudi contingent and the Turkish Mehter band were additional highlights of the parade. Their involvement not only added colour to ceremony but also signalled a message that Pakistan is not isolated but has powerful friends in the region. It has been Indian Prime Minister Modi’s declared policy to isolate Pakistan. A very glaring example where it succeeded was the cancellation of the Saarc conference last year in which it was Pakistan’s turn to host the event. Modi’s tirade against Pakistan at the last UN General Assembly session was also aimed at demonising and isolating Pakistan.

Holding of the Pakistan Super League cricket match in Lahore, despite intense opposition and apprehension in certain quarters, was another demonstration of Pakistan’s efforts at returning to normality. Imran Khan’s opposition may have hurt him politically as even his own party people were in favour of early revival of international cricket. Although Imran is right that it would take few years before Pakistan would return to a truly peaceful environment.

The parade apart from its high quality of march-past provided spectators an impressive array of weapons and equipment that had been recently acquired mostly from China. Procurement of armaments from the United States and Western sources is becoming increasingly difficult for Pakistan. Major arms producing countries apply embargoes or strict conditionality’s as we recently witnessed in case of the sale of F-16’s by the US. Another reason for not buying from Western countries is the prohibitive cost of the weapon systems. It is for this reason that Pakistan has been relying heavily on China for sourcing most of its fundamental weapon systems, even if they may necessarily not be top of the line. There are good reasons for pursuing this approach. First, it is an assured supply contrary to what Pakistan has experienced during 1965 and 1971 wars when Western countries embargoed us when we needed them most. Second, China is fast catching up on technology and is moving from copying to innovation and indigenous design and development. Within a decade, it should be able to make further strides in research and development. Beijing is fully aware of its weakness in R&D but is equally determined to overcome it. This is obvious from the priority it has accorded to engineering and scientific education and research.

Mutual trade between Pakistan and China has been increasing and in the fiscal year 2015-16 was in the region of 10 billion dollars, but heavily tilted in favour of the latter. Hopefully, after CPEC becomes operational there should be better opportunities for Pakistan to enhance exports and correct the imbalance. As trade flourishes chances of further investment from China and other countries is expected. Already we can see the benefits of Chinese investment. In Zhong alone there are 3,100 Pakistani personnel working as compared to 21 Chinese who are mostly in the top management or technical side. Doubts have been raised regarding the high interest rate of Chinese loans for CPEC projects. Apparently, these fears are misplaced and the government would be well advised to give greater clarity to major aspects of CPEC by giving detailed information on the website. Pakistan and China have different legal systems but it is expected this aspect must have been factored in preparation and execution of contracts and other CPEC-related issues.

The government’s strategic priority to develop energy resources, develop roads and give priority to infrastructural projects is correct in order to trigger the economy and lift people out of poverty. However, there is little realisation that China’s phenomenal progress is also attributable to the investment the country has made in scientific and technical education. Its highly disciplined polity is another critical element in its rapid industrialisation and modernisation. It would be a folly on the part of our leaders to ignore these areas of national effort if we want to optimise the benefits of CPEC and overall economic wellbeing. If we are to progress the priority and focus of the political parties has to shift from the present casual attitude towards nation-building. CPEC and general overall prosperity of Pakistan has to be earned. We are fortunate that Chinese are facilitating it for they see a convergence of interest with us. When Europe was devastated after the Second World War the Americans brought in the Marshall Plan to revive it. It benefited America as much as Europe as the latter’s economy revived the two became major trading partners and allies in the fight against Soviet expansion. It also gave a huge boost to globalisation. Similarly, China’s “One Belt, One Road” initiative could transform trade and benefit millions of people of these two countries.

In essence, CPEC is a new model of globalisation that is inclusive and brings benefit to Pakistan by giving better access to Central Asia and opens new vistas for China by connecting its western region to the Indian Ocean.