Adnan Sami reveals why he applied for Indian passport

Adnan Sami reveals why he applied for Indian passport

Singer Adnan Sami Khan gets candid about music, romanc­e and his decisi­on to move to India from Pakist­an
By Entertainment Desk
Published: March 27, 2017
Tweet Email 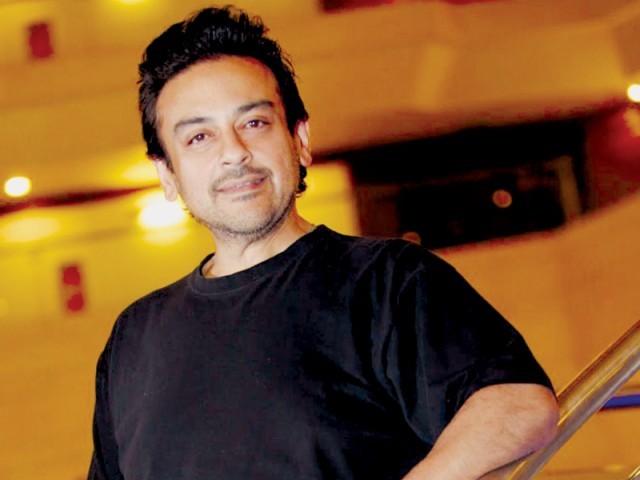 It has been nearly 18 years since Adnan Sami Khan relocated to India from Pakistan, in hopes of taking his music career further. And yet, the singer still seems to be receiving flack for his decision and frequently has to explain why.

“Mumbai has been my home for the past 18 years and I’m very comfortable there,” responded Adnan, when asked about it in a recent interview with BBC Urdu. “18 years is a long enough time to make connections with a city and its people. Mumbai, I would like to state, is very much my hometown.”

The Kabhi Tau Nazar Milao singer stands behind his decision to move, despite knowing he broke many hearts in doing so. “Well, you see, God made the world as one. All these borders that divide it were put there by man. I believe wherever you want to live is your prerogative and wherever I want to live is my prerogative; my personal choice,” added Adnan. “Thousands of people go to foreign countries to further their careers. Don’t our doctors go to the UK or the US? I am focused on South Asian music and Mumbai is the place to be for that.”

Adnan went on to relay the incidents which led to him to apply for an Indian passport. “My Pakistani passport was due for renewal but for some reason or the other, the process was being delayed,” revealed the composer. “I became stateless for some time. Then, the Indian authorities gave me a Permanent Residence Permit and eventually, I decided to apply for Indian citizenship too. And as you know, I had to denounce my Pakistani citizenship for that.”

He continued, “I wish the Pakistani people would look at the situation as a whole and try to understand it. My love and connection with Pakistan still holds true. The people are still very fond of me, as I am of them. It’s just that how I was treated by the Pakistani authorities back then left me with no other choice…”

Since then, Adnan has settled well into the Indian film circuit and is known to be close with Bollywood superstar Salman Khan in particular. But even so, he chooses to do limited work. “If you look at the last 30 years of my career, you’ll see that I’ve always been very selective,” he replied, when compares to the current it-kid of Bollywood music, singer Arijit Singh. “I have never wanted to become a music factory, you know?”

Adnan makes sure to keep tabs on the Pakistani music, even from across the border. “I think what Rohail Hyatt did on Coke Studio was remarkable! And when I heard Farida Khanum’s performance on the show, I started crying! I had to call her up to convey my emotions.”

With songs such as Ae Khuda Ae Khuda, Bhar Do Jholi and Noor-e-Khuda amongst some of his most beloved hits, it’s hardly surprising that Adnan connects with music on a spiritual level. “I think everyone has their own way of expressing whatever they believe in – music is just one of those. It’s a language on its own,” he stated. Commenting on the influence of Sufism in his work, he confessed, “When people tell me my talent is ‘God-gifted,’ I always think, ‘Yes, but would God give me a talent he did not like Himself?’ He has gifted me music and with that, I would live to praise Him back. It’s my way of speaking him. Sometimes it’s serious, like in Noor-e-Khuda. Other times, it’s not so serious, like in Lift Karade.”

Spring is in the air: Artist uses music as inspiration for latest series

Another recurring feature of Adnan’s music is romance, as seen in songs such as Bheegi Bheegi Raaton Mein. And while many would label him as having been unlucky in love considering he has been married thrice, the singer’s faith has not been broken. “Well, things happen, you know. When you’re going through a troubled relationship, you feel a lot of pain but eventually, with time, you move on,” he responded, when asked about his first marriage to renowned Pakistani actor Zeba Bakhtiar. “I will always respect Zeba for she was a great part of my life and is the mother of my son. Life is too short to hold grudges, I truly wish her the very best.”

Adnan is currently married to the Afghan-German Roya, whom he met in 2010 and proposed to soon after. “Sometimes, I wonder what I did right in my life to have received great gift like Roya. She just came out of nowhere, with no connection to me or my work. We happened to meet on a project and things just sort of fell into place,” he shared. “I had been broken over my father’s death for a long time. Roya put me back together.”