The 26-year-old has not played since pickin­g up an injury agains­t Englan­d in Novemb­er
By Reuters
Published: March 24, 2017
Tweet Email 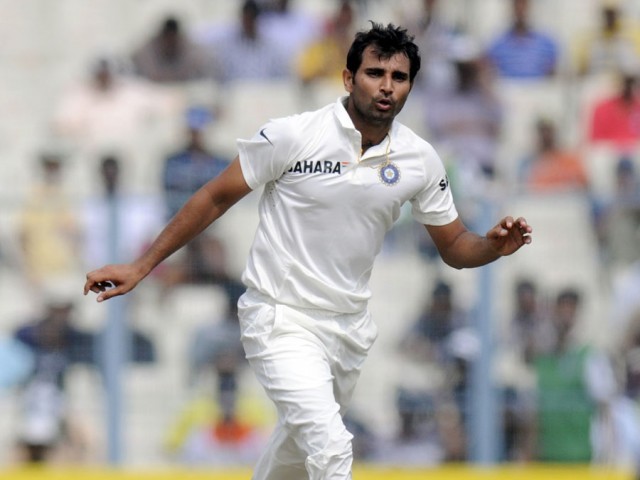 DHARAMSALA: India have added fit-again fast bowler Mohammed Shami to their squad for the fourth and final Test against Australia in Dharamsala, Board of Control for Cricket in India (BCCI) said on Friday.

Shami has not played since picking up an injury against England in November, but India have decided to bolster their options given the pace and carry usually associated with the pitch at the Himachal Pradesh Cricket Association Stadium.

Uncapped batsman Shreyas Iyer has also been added to the squad with captain Virat Kohli still doubtful due to a shoulder injury.

“The All-India Senior Selection Committee met earlier today to add fast bowler Mohammed Shami and batsman Shreyas Iyer in the India Cricket Team for the final Test… against Australia,” the BCCI said in a statement.

The four-match series is level at 1-1 going into the decider which starts on Saturday.