Says the Panama­gate case verdic­t will usher in a new era in Pakist­an
By Our Correspondent
Published: March 24, 2017
Tweet Email 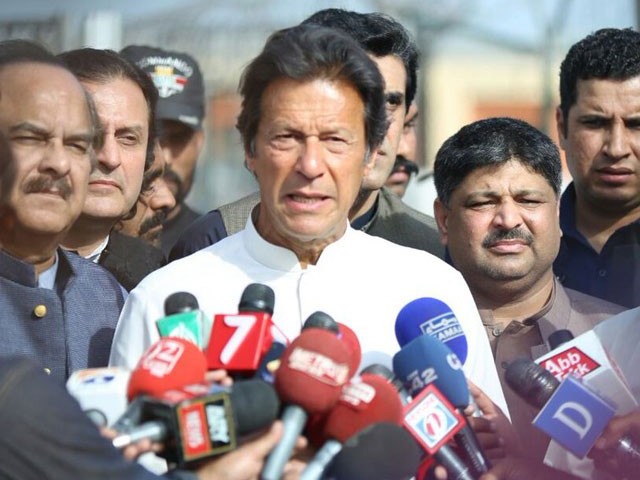 LAHORE: The PTI chief Imran Khan has said the recent disclosures of Pakistan’s former ambassador to the US, Hussain Haqqani, are a conspiracy against the armed forces and an act of high treason.

In an opinion piece published in The Washington Post on March 13, Haqqani admitted facilitating stationing of the US special operations and intelligence personnel in Pakistan and forging links that eventually allowed the US to carry out its 2011 raid in Abbottabad to kill the former al Qaeda chief.

The envoy also indicated that while Islamabad was ‘officially kept out of the loop’, the PPP-led government was aware of both the developments. Later, a classified document issued by the prime minister’s secretariat on July 14, 2010 revealed that the PPP government had at the highest official level allowed Haqqani to issue visas to American nationals by bypassing all security protocols.

“It is an old habit of our politicians to assure India and America of their loyalties,” Imran said while talking to the media on his one-day tour to Lahore. “The politicians should not defame the army. In case they have any issues, they should talk to the forces,” he added.

Imran alleged that the ruling elite conveyed messages to India and America that they had not taken the Pakistan Army onboard on important issues but publicly claimed that the civilians and military were on the same page.

The PTI chief expressed concerns over Haqqani’s article and likened it to Memogate controversy and Dawn leaks. “Panamagate, Memogate and Dawn Leaks are the one and the same thing,” he said.

Imran said the entire nation was waiting for the Supreme Court’s verdict in the Panamagate case with bated breath as this decision, in his opinion, would usher in a new era in Pakistan.

“It is for the first time in the history that a powerful class in Pakistan is being held accountable. It is hoped that the verdict will be issued in the next week. No powerful person is ever held accountable in the country,” he added.

Imran vowed that after the Panamagate case verdict, he would move the Supreme Court over the multibillion dollar LNG deal inked by the government with Qatar.

He said the Qatari letter, presented before the SC during Panamagate case hearing, was brought to save the skin of PM Nawaz Sharif for ‘his money laundering’, which, he said, had been admitted by Finance Minister Ishaq Dar in his confessional statement in 2000.

Imran Khan alleged that the National Bank’s chief Syed Ahmed used to do money laundering for the Sharif family and was made head of the bank in return for his services. He accused the rulers of appointing their near and dear ones in the institutions.

Seven-day festival of Pakistani food, art, music and fashion to kick off in Singapore