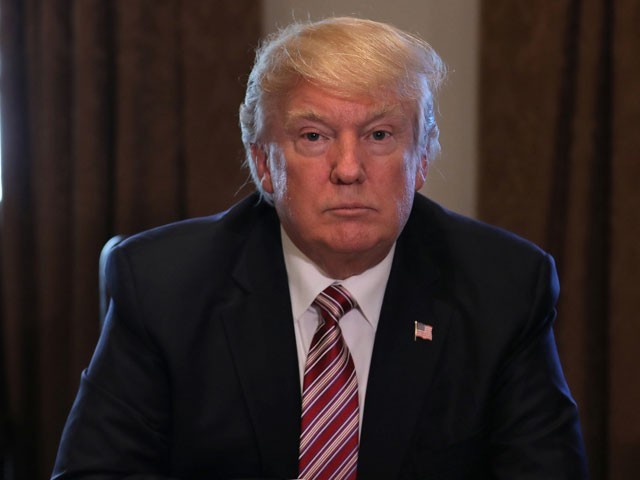 US President Donald Trump attends a meeting with the Congressional Black Caucus Executive Committee at the White House in Washington, DC, US, March 22, 2017. PHOTO: REUTERS

Days after FBI director James Comey confirmed they are investigating possible ties between Donald Trump’s presidential campaign and Russia, famed investigative journalist Carl Bernstein has said that a “cover up is going on” to conceal the facts.

The former Washington Post reporter of Watergate fame joined CNN‘s Anderson Cooper to share his views on the ongoing alleged Trump-Russian connection and the leaks that emerged out of the White House.

Bernstein and his colleague Bob Woodward did much of the original reporting on the Watergate scandal, leading to numerous government investigations and the subsequent resignation of President Richard Nixon.

“There’s a cover up going on here among those who work in the Trump campaign and associates of Trump,” Bernstein said. “They’ve been concealing these contacts, which revolve around leaked emails from Podesta’s account.”

Bernstein questioned why President Trump and his aides were “pushing back against these investigations.” According to him, they should be suggesting, “We want to get to the bottom of this; we want to open up everything; ‘I, the President of the United States, want to call these people in and ask them what happened, what is this all about?'”

The journalist went on to added that the Trump team appeared to “keep away from what really happened here”, and instead raises a new set of questions.

Recalling the Watergate, Bernstein said that Republicans both in the House and Senate wanted it investigated “to the bottom,” quoting Republican Senator Howard Baker’s famously line, “What did the president know, and when did he know it?”

However, the journalist pointed out, that’s not happening in this case, “We’re not seeing it from Republicans on the Hill either, [they] are consumed by supposedly looking for leaks.”

Obama denies Trump claim he wiretapped him during campaign

Many of the same Republicans decrying the leaks are those who have leaked classified information themselves on numerous occasions,” he said. “Look at the Benghazi inquiry and what was leaked there,” he added.

On Monday, the FBI director confirmed for the first time that the bureau is investigating the possible ties as Moscow sought to influence the 2016 US election.

Comey and Admiral Mike Rogers, the director of the National Security Agency, made clear that their investigation of Moscow and November’s US elections could last for months.