Former skippe­r feels middle-order batsma­n must prove his worth as an all-rounde­r to keep his place
By Reuters
Published: March 23, 2017
Tweet Email 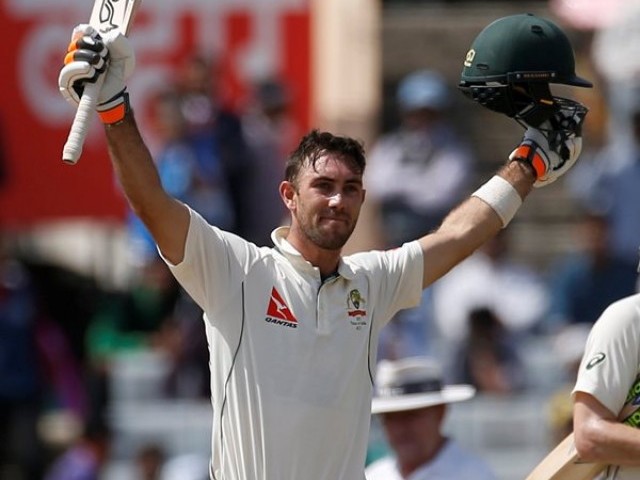 BENGALURU: All-rounder Glenn Maxwell’s future in the Australia Test side is far from secure, especially if captain Steve Smith does not consider him as a regular spin-bowling option, former skipper Michael Clarke has said.

Maxwell scored his maiden century in the third Test against India at Ranchi on his return to the longest format of the game after more than two years last week but bowled only four of Australia’s 210 overs.

Clarke believes playing conditions, particularly in Australia where England are touring at the end of the year, may force Steve Smith to pick a fast bowling all-rounder ahead of Maxwell.

“Conditions will dictate which way they go when they get back to Australia,” said Clarke in a live chat on his Facebook page. “Will they want the fourth fast-bowling option as the all-rounder, or will they stay with Maxwell? Especially if Smith is not bowling Maxi, then he becomes a legitimate batsman so he’s got to be making a lot of runs to stay in the team.”

Clarke also derided an Australian newspaper report which compared Indian captain Virat Kohli to US President Donald Trump because of his “continual perpetuation of fake news”.

The report, which focused on a row over whether Smith had mocked Kohli’s shoulder injury during the second Test, was laughable, said the World Cup winning captain. “I find it quite funny and am sure Virat will also find it quite funny,” said Clarke.

The four-match Test series between India and Australia, which is tied at 1-1, concludes with the final encounter in Dharamsala starting on Saturday.

Pro-wrestling can give cricket competition in Pakistan: Badshah Pehlwan Khan