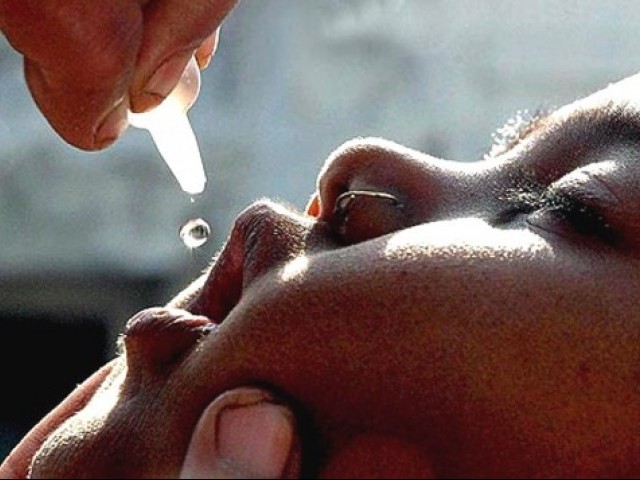 ‘Malnutrition and diarrhoea are not restricting access to cure’.

The government’s goal to eradicate polio from Pakistan by the end of this year under the national emergency plan is “impossible to meet”, said the chairperson for the polio plus campaign for Rotary International, Robert S Scott.

Speaking at a seminar titled ‘eradicate polio now’ organised by Dr Essa Laboratory on Monday, Scott said the deadline was unrealistic as up to 30 per cent of children are still not being administered the vaccine. On the other hand, he said a rise to 67 per cent in routine immunisations by Rotrary members was encouraging.

When asked if diseases such as malnutrition and diarrhoea were restricting success in the campaign, Scott rejected the notion. “Countries like Bangladesh and Nigeria also have malnourished children. But there have been no cases in Bangladesh for years and just one in Nigeria this year,” he told The Express Tribune.

According to Scott, the most important factor was to “engage the community”. This can be done by special training and education of health workers who can then pass on the skills to the community. From his experience, Scott said parents from rural and impoverished backgrounds occasionally needed to be “enticed to the site” of the campaign. Then on, they can be educated about the benefits of fulfilling the polio vaccine courses.

Another speaker at the event, who commented on the condition of not being named, said, “The ulema are key to a successful immunisation campaign. Often mothers would not bring their children to get vaccinated as their husbands has prohibited it on religious grounds. The ulema can convince such parents that these vaccinations are important.”

Meanwhile, two more polio casescases were reported in Sindh bringing the total this year to five. One-year-old Noor Bano from Badin and 17-year-old Jaro from Tando Mohammad Khan were reported with the virus.