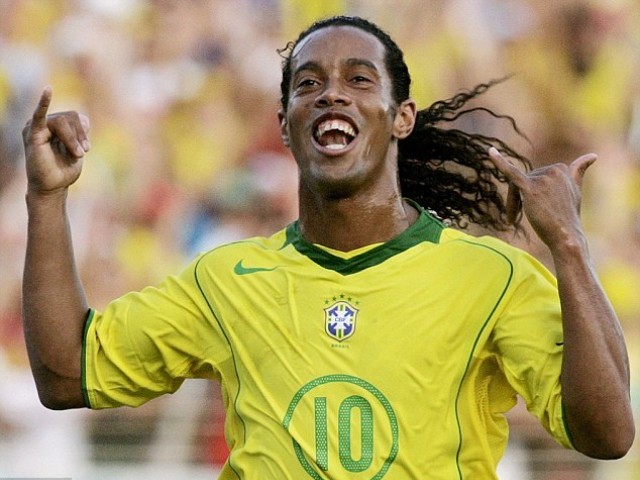 The two times World Player of the Year Ronaldinho has expressed his desire to meet kids from Liyari in his upcoming tour of Pakistan.

The 2002 World Cup winner, who is expected to visit Karachi in the summer to take part in an exhibition match, took to his twitter to show his affection for the kids who seemed thrilled to meet their idol.

Love you Lyari kids and look to forward to seeing you all this summer @worldgroup1912 #WGhttps://t.co/yT7IH6gFsz

Earlier, former Barcelona star striker also responded to the tweet of the former Pakistan ODI and T20I captain Shahid Afridi, who expressed his delight on the decision of the Brazilian to visit the country.

Ronaldinho pays tribute to Afridi ahead of Pakistan visit