Measles and the futile innoculation

Measles and the futile innoculation 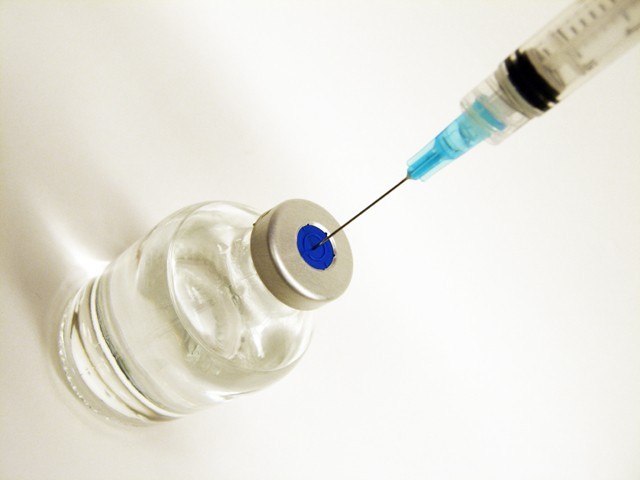 Disease remains a huge issue among children despite bulky imports of vaccines and immunisation by parents.

ISLAMABAD: Viral infection causing the outbreak of measles among children in Islamabad is afflicting even those who have been inoculated against it.
The failure of the immunising vaccine is being blamed on frequent power outages that affect the needed environment for maintaining the vaccine’s effectiveness.

This situation is causing concern among parents who had their children immunised against measles.
Nasreen Ahmed* whose son Abdullah, 7, had been duly inoculated is now down with the infection. Ahmed told The Express Tribune that she had sent her other children to the house of a relative to protect them from catching infection from their brother.
The whole family is inconvenienced as all the children are school going.

Zainab Qureshi,* a working mother, had the same story to share as her 10-year-old daughter has got measles despite inoculation. Not only is the daughter missing school, the mother has to stay back from work to look after the sick child.

According to World Health Organization (WHO), 58 children die from measles every day in Pakistan and an estimated 21,000 children die every year from the infectious disease and its complications.

Talking to The Express Tribune, Prof Mumtaz Hassan, head of Paediatric Department at Islamabad Medical and Dental College, Dr Ejaz Khan, general-secretary of Infectious Diseases Society of Pakistan (IDSP) and Dr Javed Sheikh, child specialist at Holy Family Hospital (HFH) Rawalpindi, said measles was a major health concern in the country and could be fatal for children, especially under five.

About immunisation they said that insufficient dose of vaccination, inadequate coverage under the Extended Immunization Programme (EPI) across the country, poor monitoring and functioning of vaccine cold chain, unawareness among parents about immunisation due to illiteracy were the main causes of the outbreak and failure of the vaccine.

“A complete course of vaccination against measles requires at least two to three doses, but in Pakistan children are generally being given only one or rarely two doses,“ said Prof Hassan.

He said three years ago measles had become pandemic in Islamabad.

A team of health experts from America that visited Pakistan found that the reason behind ineffectiveness of the vaccine was incomplete administration of the full required dose.

They suggested immunising children at least twice during a period of 15 months, with a gap of six months between the administration of the two doses.

A senior child specialist from Benazir Bhutto Hospital (BBH) said the frequent power outages in the country and poor maintenance of standard temperature for the vaccine in hospitals or medical stores, as well as during transport through shipping or by air, affected the quality of the vaccines. The situation was particularly bad in rural areas where there were no proper storage facilities, he said.

Pakistan gets a lot of funding from international donors to reduce measles morbidity and mortality but without noticeable results.

Dr Sheikh said, “It is too unfortunate that the EPI was launched in 1978 but todate it has failed to cover the children across the nation.“

He said measles affect the immune system of children, makes them malnourished and vulnerable to develop other diseases like pneumonia and diarrhoea which results in mortality.