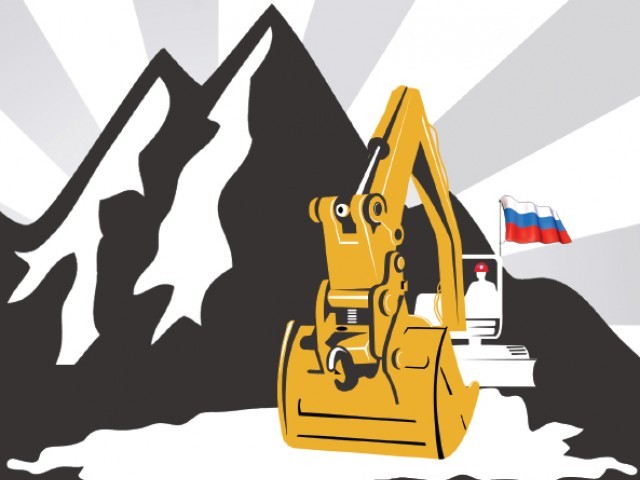 KARACHI: Russia will soon establish a coal mining company in Balochistan to take advantage of rich metal and mineral resources present in the country, according to Russia’s Ambassador to Pakistan Andrey Demidov.

Speaking to The Express Tribune during a visit to the Karachi Stock Exchange (KSE) on Monday, Demidov also disclosed that a similar company will be established in Sindh, as his country was keen to invest in mining for metals and minerals in Pakistan.

“The Russian government has sent several letters to the Government of Pakistan to express interest in Pakistan Steel Mills, but has received no positive response in this regard so far,“ he asserted.

Elaborating on his country’s proposition, Demidov said, “We can assist in upgrading the steel mill to make its processes more efficient and state-of-the-art.“

A Memorandum of understanding (MoU) will be signed by the Karachi Stock Exchange and the Moscow Stock Exchange in coming days to enhance cooperation between the two bourses,“ revealed KSE Managing Director Haroon Askari.

He also revealed that a request has been sent to the Moscow Stock Exchange to allow a roadshow for Pakistani businesses. “We intend to conduct a roadshow where some of the most prominent listed companies of Pakistan can ac company representative of our stock exchanges t Russia,“ said Askari.

He added that this woul help educate prospective investors in Russia about available investment avenues and also familiarise them with relevant laws an regulations.

“Hopefully, this can help improve the quantum o investment from Russia as roadshows in the Unite States have sparked additional interest from there,“ he said.
s Speaking to the media, of the Russian ambassador revealed that a delegation d of businessmen from his e country would visit Pakistan t soon. “The delegation will meet representatives of e the Federation of Pakistan d Chambers of Commerce and Industry to discuss avenues p for investment and enhance bilateral trade,“ said, Demidov.
d Stressing the need for building trade ties between the two countries, he said that Russia was pursuing friendly relations and enhanced cooperation in trade within the region. He expressed hope that Pakistan would respond favourably to the offer for renovating the country’s steel mill.

Although he did not reveal specific details, Demidov also said that Russian companies were considering taking stakes in the country’s reserves of oil and natural gas for exploration and production.