Saw a human aspect of Pakistan through Azmaish: Kalki Koechlin

Saw a human aspect of Pakistan through Azmaish: Kalki Koechlin 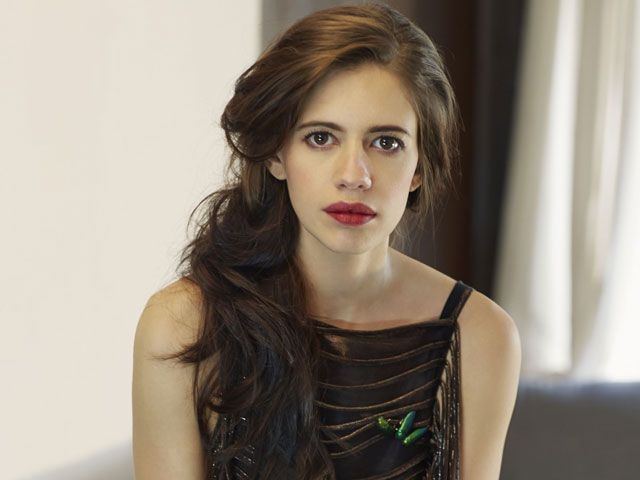 Bollywood actor Kalki Koechlin recently stated that working on Azmaish, a documentary by film-maker Sabiha Sumar, enabled her to see a more human aspect of Pakistan.

Speaking at the India Today Conclave 2017 on Friday, Kalki revealed that the documentary features India and Pakistan outside the context of conflict, and instead focuses on the struggles of commoners in both countries.

Asked as to what drew her to the project, she said, “I think it was my neutrality on the subject; I didn’t have a particularly strong standpoint on the whole India-Pakistan issue.”

Kalki and I shared a similar level of curiousity: Sabiha Sumar

She continued, “From my point of view, I accepted the project out of curiosity. I had never been to Pakistan and I only knew India and Pakistan in terms of conflicts. I wanted to see another aspect, perhaps, a more human aspect.”

Shedding light on her experiences in Pakistan, the Dev D star added, “Once you remove ideologies, you start seeing the people and their struggles. Pakistanis are as terrified of terrorism as anyone else in the world.”

Kalki confessed that she also saw India through a new set of eyes while travelling with Sabiha, who was due to be at the Conclave too, but couldn’t make it.

“In places like Haryana and Uttar Pradesh, I could draw so many similarities between the rural parts of Pakistan in terms of the conservative way to look at women who are voiceless. I also saw how power and religion work closely with each other,” she said.

When inquired as to whether anything about Pakistan surprised her, she shared, “A lot of things surprised me. One thing that I loved was their curiosity because there’s very little outside influence in Pakistan vis-a-vis India. The openness with which they met me was very surprising.”

Kalki Koechlin all set to work in Pakistan

Elaborating with an example, Kalki narrated, “In the documentary, we had set up a fashion show. Hundreds of men had come to watch the show. We asked these men what they thought about their Pakistani women being models. They said they were happy to see them. When we asked how they would like it if their wives were doing this, they said their leaders will slit their throats. It was said in a tone which meant that things were not going to change.”

Kalki disclosed she is happy things are not the same in India.

At the session, some portion of the documentary was screened.