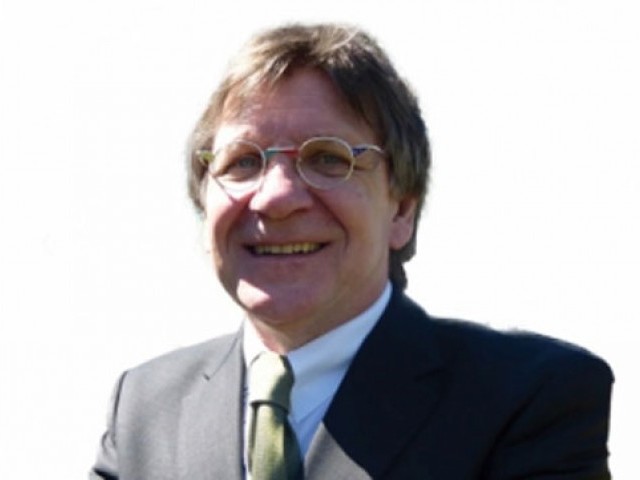 He said Hildenbrand is under investigation on charges of corruption as the national carrier had acquired a plane from Sri Lankan Airlines on exorbitant charges than the prevailing market rates.

There is a huge ‘multidimensional’ corruption in the airlines. The national air carrier has been ruled by darkness, he said.

Amid this and so many other issues linked to Hildenbrand, PIA invited applications for a new CEO and chief operating commercial officer/director marketing on Wednesday through a tender.

Hildenbrand remains a controversial figure since his appointment.

This is not the first time he was barred from leaving the country. In December 2016, he was asked to stay in the country over selling a flight-worthy aircraft (A-310) of the airlines to a German museum at throwaway price.

Besides, Pakistan’s security agencies have not yet given him No Objection Certificate and other clearances to join the airlines. He was denied access to several departments (engineering and hanger) of the airlines since day one.

His name on ECL has nothing to do with the investigation under way, he said.

FIA Assistant Director, Corporate Crime Circle, Lahore, Muhammad Amanullah Khan said he, along with two of his colleagues, was investigating Hildenbrand for paying higher charges to the Sri Lankan Airlines for acquiring a plane.

He is also being investigated for selling a PIA aircraft at a low price to a German museum. It is believed that he himself bought the aircraft, the FIA official added.

A PIA official, who requested anonymity, said investigations would end with giving a clean chit to the CEO.

At the time of filing this report, Hildenbrand was present in Karachi.