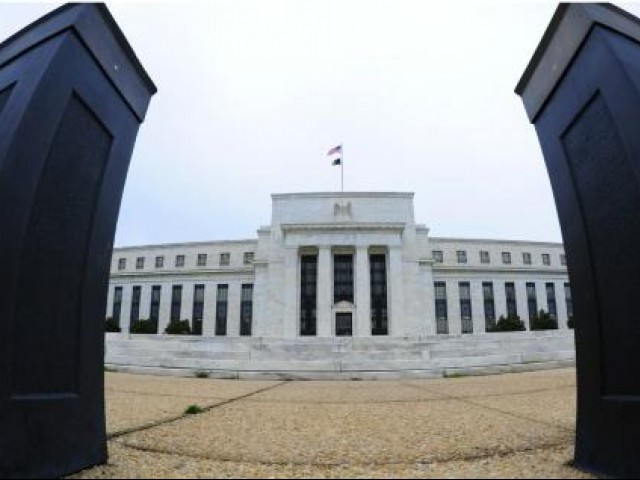 The Federal Reserve will use Friday's jobs data as the 'final piece in the puzzle' before deciding on rates. PHOTO: AFP

NEW YORK: World stock markets were mostly higher on Friday as investors welcomed strong US jobs data which all but sealed a Federal Reserve rate hike next week.

Wall Street and most European equity markets traded firm in response to the American economy generating 235,000 new jobs in February, well above what economists had forecast. This was the missing piece of the puzzle Fed watchers were waiting for to make tighter credit a near-certainty when the US central bankers meet next week.

Lower-than-expected wage rises kept a few doubts alive, but mostly the jobs report hit the spot, according to analysts.

Upbeat New York helped key European markets hold onto most of their early gains. London and Paris were up at the end of European trading, but Frankfurt slipped a smidgen into negative territory just before the closing bell. Earlier, Japan’s Nikkei jumped 1.5%, with declines in the yen boosting exporters.

“Today’s US jobs report was more than adequate to justify a rate hike next week,” said Oanda’s senior market analyst Craig Erlam. “The only thing standing in the way of a rate hike now is the Fed itself. However, after its efforts over the last few weeks, surely even it won’t bottle it now.”

Higher interest rates are not in themselves reason for cheer in the stock market as borrowing costs rise, but analysts said rate rises are a much-needed token of Fed confidence in the US economy in times of uncertainty, including over President Donald Trump’s economic program.

“After all, monetary policy is set to be tightened further against the backdrop of strengthening US and global economies,” said Oliver Jones at Capital Economics.

Elsewhere, oil prices were back on a slippery slope, having earlier recovered ground after sharp mid-week losses. US oil prices dropped 79 cents to $48.49 per barrel, its lowest level since late November.

Worries about a global supply glut, increased US production and questions about an OPEC-Russia led drive to cut output are keeping oil traders on edge.