A number of school­s, includ­ing at least two girls' school­s, closed down in Quetta after receiv­ing threat­ening letter­s...
Published: May 15, 2010
Tweet Email 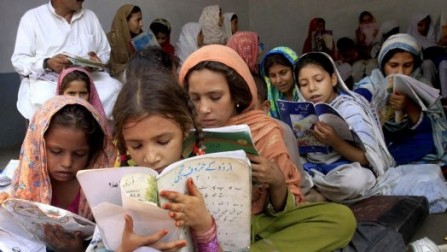 Schools across Pakistan have faced threats and acts of violence by the Taliban. (AP)

QUETTA: A number of schools, including at least two girls’ schools, closed down in Quetta after receiving threatening letters from the Tehrik-e-Taliban on Saturday.

Security was also beefed up in parts of the provincial capital and in Mastung, reported a private TV channel.

Some of the letters threatened that if purdah was not observed in schools, then teachers and administrative heads will have to bear the consequences.

The letters warned the school managements with the presence of informants among the students and the staffers and threatened severe consequences in case of non-compliance.