In education: Committing to equality for women

In education: Committing to equality for women 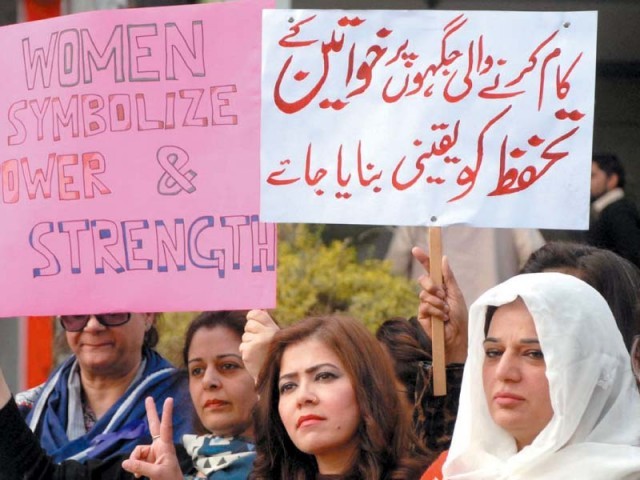 Women hold a demonstration in the capital, while students take part in a painting competition at the Rawalpindi Arts Council on World Women’s Day. PHOTO: AGENCIES

ISLAMABAD: Officials of various education institutions and academics on Wednesday committed to equality and empowerment of women.

This was expressed in separate events to mark International Women’s Day in the capital.

In an event at the Higher Education Commission of Pakistan (HEC), the chief of the apex body of higher education in the country reiterated that his organisation strongly follows a policy of equality in all of its programmes.

In this regard, HEC Chairman Dr Mukhtar Ahmed said at an event at the commission that Islam gives equal rights to women and condemns tyranny against them. Moreover, he added that Islam protects women’s rights and gives them their due share in properties and assets. 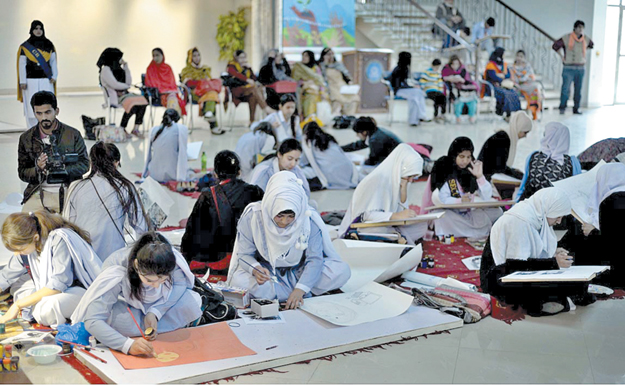 He further said that his organisation had a stringent stance against harassment of women as well.

Dr Ahmed pointed out how over the years, the number of women pursuing higher education had increased, from 32 per cent access rate in 2002 to 48 per cent now.

In a separate, more unusual event relating to women’s day organised by the Development Communications Network (Devcom-Pakistan) and Islamabad Devcom Centennial Leo Club (IDCLC) in connection with the sixth National Women at Work Festival, female members of the IDCLC donated different varieties of indoor plants to the department of the Governance and Public Policy at the National University of Modern Languages.

Major General (Retd) Syed Usman Shah, head of the NUML department, noted that engaging the youth in activities to improve the environment and community services would help groom them as sensitive future leaders.

Devcom-Pakistan’s Executive Director and the founding director of the National Women at Work Festival Munir Ahmed said the day reminds them to renew their pledge to ensure the rights and well-deserved status to women.

“We need to recognise, appreciate and mainstream women’s rights and work, and expand social and professional space for them. We need to educate our boys and men to ensure a safe and secure place for our girls and women where they should feel confident and comfortable to perform their responsibilities,” Ahmed said.

In an another Devcom-Pakistan supported event at the department, a group of male students including Naeem Nisar, Muhammad Saqib and Muhammad Tayyab organised a brief event to celebrate the female faculty members and students who jointly cut a ceremonial cake.

A majority of students enrolling in the Allama Iqbal Open University (AIOU) are women while empowerment of women remains a special focus for the varsity in its academic programmes.

This was stated by AIOU Vice Chancellor Prof Dr Shahid Siddiqui while speaking at an even tied with International Women’s Day.

He disclosed that 57 per cent of all students at the varsity were women, which reflected the university’s continuous efforts to bring them into the educational net. In this regard, he said that the varsity would expand its on-going programmes to provide education to girls who have dropped out especially in Balochistan, through a community-based model with courses in regional languages. Further, he said, the university would soon introduce MPhil degrees in gender and women studies.