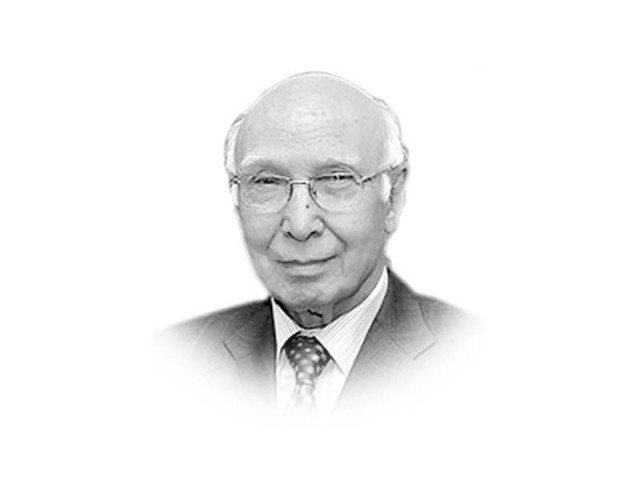 The writer is Adviser to the PM on Foreign Affairs.

In November 2015, the PM set up a six-member Fata reforms Committee “to propose a concrete way forward for the political mainstreaming of Fata areas.” At its very first meeting on November 21, 2015, the Committee decided to carry out an in-depth study of all previous attempts for Fata reforms to determine why successive governments had failed in the past six decades to introduce meaningful reforms or undertake substantial development efforts. It soon became clear that the political mainstreaming of Fata would be a very complex process because it would also involve legal, administrative and security mainstreaming. Equally important would be the sequencing of these reforms and their complementarity in terms of timing and scale. Various attempts for reforms in the past 40 years, though useful, did not bring about a fundamental mainstreaming of Fata because these elements were missing.

Efforts to introduce the system of local bodies in Fata have unfortunately, totally failed. In 2002, the Government extended the Local Government Regulation to Fata and in 2004 some Agency Councillors were nominated by the Political Agents. However, the system did not take off because the general public had no confidence in the nominated office-bearers who had no powers. In 2012, the Fata Local Government Regulation 2012 was prepared to establish local bodies in Fata. However, the Regulation was never promulgated. Another serious attempt at Fata reforms was made in 2006, through a special committee, chaired by Imtiaz Ahmad Sahibzada. But in the absence of major legal reforms and concentration of all powers in the hands of political agents, there was no visible improvement in governance or development indicators. A Committee on legal reforms, chaired by Justice (Retd) Mian Mohammad Ajmal, was constituted in 2005 “to recommend modifications in FCR after public consultation across Fata.” The Committee recommended many important amendments to the FCR. Many of these were accepted and implemented in 2011. Following the introduction of the Adult Franchise Act of 1996, the Political Parties Order 2002 was also extended to Fata in 2011, to allow political parties to campaign freely in Fata. But in the absence of provincial elections, its impact was limited. During its visit to all the seven Fata agencies, the Committee met not only jirgas of tribal elders and maliks but also representatives of political parties, civil society, traders and journalists. The Committee concluded fairly early in these deliberations that Fata could no longer be retained as a “buffer against foreign aggression.” It must be fully integrated with Pakistan and basic legal reforms introduced to restore peoples’ fundamental rights. At the same time extraordinary efforts would be required to accelerate development of Fata to bring it on a par with the rest of Pakistan. That led to the key recommendation that 3% of gross divisible pool i.e., Rs90-100 billion should be allocated every year for the next 10 years, to finance a comprehensive socio-economic development plan for Fata. The Committee also carefully examined the option of a separate province for Fata but concluded that it was not a feasible option. Fata does not have the financial resources or the administrative capacity to manage a separate province. The merger of Fata with K-P, the Committee concluded, was the only viable option for mainstreaming Fata.

The next important issue was timing of the merger option. Fata had to be prepared for merger. As a minimum, the rehabilitation and reconstruction in North Waziristan, South Waziristan and Orakzai had to be completed.

Moreover, the task of extending the provincial boundary right up to the international border with Afghanistan, would be a major strategic undertaking and would require a careful realignment of the security infrastructure and recruitment and training of additional FC personnel for the Frontier Corps and the levies. In addition, an inter-provincial consensus will be required to allocate 3% of the divisible pool to finance the proposed 10-year development plan for Fata.

Considering all these factors, the Committee recommended that the merger of Fata with K-P will require a transition period of about five years. Meanwhile, local bodies elections can be held in Fata and the possibility of enabling the people of Fata to elect their representatives to the K-P Assembly in 2018 could be examined.

The demand for abolishing the FCR, a legacy of the colonial era, was widespread and virtually unanimous. But many tribal elders wanted their traditional rewaj system of justice through jirgas to continue because the court system in Pakistan, they said, was “time consuming, expensive and corrupt.” The Committee tried to balance these viewpoints by proposing a blended judicial system. The FCR will be abolished and the jurisdiction of the Supreme Court and the High Court extended to Fata. But the traditional Rewaj System retained as a local dispute-resolution mechanism. The criticism that the proposed Rewaj Act would continue the FCR in another form is not correct because FCR would be abolished and the jurisdiction of courts will be extended. Within this system, the Rewaj Act will allow parties, if they so wish, to ask the Agency Judge (not the political agent) to appoint a jirga, whose decision will be appealable. In addition, the new law will also ensure that the Rewaj System is consistent with fundamental rights laid down in the Constitution.

Under Article 247(vi) of the Constitution, “the President may at any time direct that the whole or any part of the Tribal Area shall cease to be tribal area, provided that before making any order under the clause, the President shall ascertain the views of the people of the Tribal Areas concerned, as represented in Tribal Jirga”. The Committee has fulfilled this requirement by holding jirgas in all the seven Agencies and consulted about 3,000 tribal maliks and elders. In addition, the Committee received over 29,000 comments on the hotline of the Ministry of SAFRON and most of them supported the merger of Fata with K-P and abolition of FCR.

Despite this extensive process of consultations, there are demands from certain quarters for a referendum on the future of Fata. Given Pakistan’s unpleasant experience with referendums in the past, this option was not considered politically advisable.

If the recommendations of the Committee chaired by Gen (R) Naseerullah Babar to merge Fata with K-P (then called NWFP) had been implemented in 1976, Fata would not have become “the most dangerous area in the world”, as former US President George Bush called it. Similar views were expressed by General David Patraeus, US Commander of ISAF.

In conclusion, it must be emphasised that the implementation of these reforms may not be smooth or easy because, apart from the inherent complexity of this multi-dimensional process, there are strong vested interests, which would like the status quo in Fata to continue. But history will not forgive us if we lose this historic opportunity to mainstream Fata.