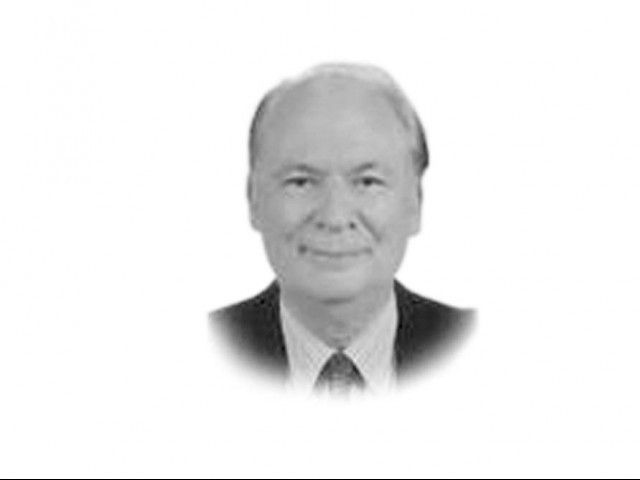 The writer served as executive director of the Pak-American Cultural Center from 1990-2004 anwer.mooraj@tribune.com.pk

What is one to make of the recent stand-off between the prime minister and the chief Justice of Pakistan over the chronicle of Justice (retd) Dogar? This is not the first time that Gilani has disobeyed and defied the edicts of the apex court. But since he has gotten away with it in the past, it must have crossed his mind that from now he has a free hand to do just what he likes. He has been able to do so with sustained incomprehension of the gravity of the situation and a French hauteur which must have earned the admiration of his severest detractors. He is envied by many for his sartorial elegance and the way he extols the timeless craft of prevarication. And while one witnesses the occasional posing and gesticulating, he still comes across on television as a man whose determination is wrapped around pure kryptonite. With records being broken in deficit financing, galloping inflation, rampant corruption and a virtual state of anarchy, opponents of the government believe that a hatchet is soon about to fall on the establishment. But this does not seem at all likely to happen. The impression that one gets from the terse statements that come down the pike is that the army doesn’t want to get involved and neither does the American administration, as long as Pakistan continues to fight the terrorist menace.

Relations between the government in power and the higher judiciary have had a stormy history. In fact, Pakistan grappled with one of its worst crises on November 28, 1997 when an unruly mob stormed into the Supreme Court, forcing the then chief justice, Sajjad Ali Shah, to adjourn the contempt of court case against then prime minister Nawaz Sharif. This writer was in England when the other episode, the constitutional crisis, took place. But he got the details from one of the English newspapers. In 1954, the governor-general Ghulam Mohammed Khan dismissed the Constituent Assembly. Maulvi Tamizuddin Khan, the speaker of the assembly, challenged the dismissal in court and the case was filed in the morning of November 7, 1954. There is a wonderful story about how the establishment tried to ensure that the speaker wouldn’t make it to the high court and how he finally managed to do so by hopping into a rickshaw, dressed in a burqa. Although Justice AR Cornelius agreed with the plaintiff and overturned the dismissal, the Federal Court, under Mr Justice Muhammad Munir, upheld the sacking.

Justice AR Cornelius was the sole dissenting judge in the landmark judgment which forever altered the course of politics in Pakistan and sealed the fate of democracy. He had interpreted the law conscientiously and without fear. The guidelines were there and all he had to do was follow them.

The decision to uphold the dismissal of the constituent assembly marked the beginning of the overt role of the military and the civil establishment in the politics of this country. All one had to do was add the barons of the industrial class and the sagging rump of the rural squirearchy, and one had defined the power base in the country.

The hidden cost of infrastructure development