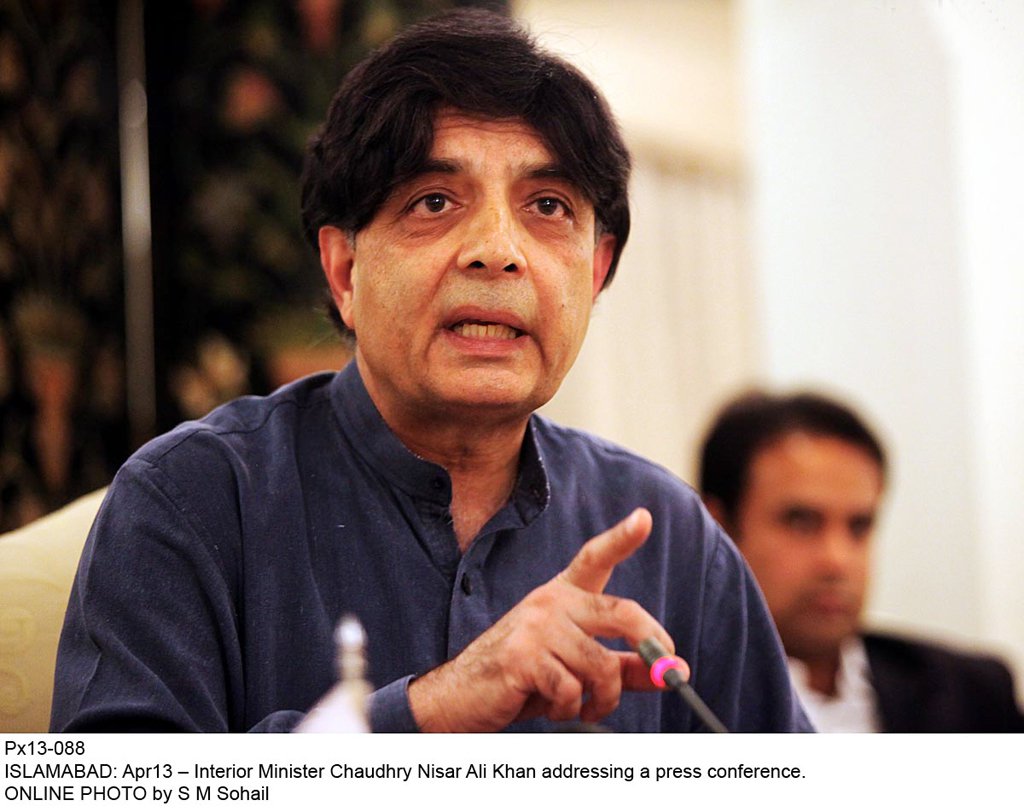 ISLAMABAD: Balochistan High Court Bar Association (BHCBA) has contended that Interior Minister Chaudhry Nisar Ali Khan should be disqualified as a lawmaker under Article 63(1) (g) of the Constitution for ridiculing the Quetta Commission’s report in a press conference.

The Quetta Commission report – compiled by a one-man judicial commission comprising the apex court judge Justice Qazi Faez Isa – was based on an investigation into killing of Balochsiatn Bar Association’s former chief Anwar Kasi and the subsequent suicide bombing at Quetta’s Civil Hospital on August 8.

The report, made public by the Supreme Court, had pointed to the Ministry of Interior’s ‘monumental failure’ to combat terrorism.However, the BHCBA through its counsel Hamid Khan has filed a reply to the Interior Ministry’s objections and requested that the commission’s observations on Nisar should not be expunged.

The reply says the Interior Ministry is more interested in saving the skin of Nisar rather than people of Pakistan, which, it said, is highly regrettable.

“It is not possible that ASWJ holds public meetings at Islamabad and the minister and ministry are unaware about the same. …[Even] if this explanation is accepted as true, would [it not] be [a] charge-sheet against the minster and interior ministry for committing criminal negligence.”

“The minister did not file any petition and he did not approach the SC by way of filing objections on the report, therefore, the ministry of Interior cannot claim any relief on behalf of its minister indirectly,” it adds.