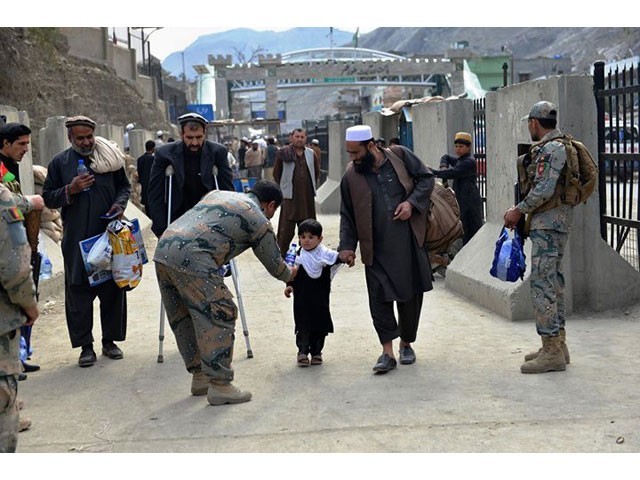 A border police personnel provides water to an Afghan child who returned home after remaining stranded for 18 days. PHOTO: TWITTER/@pajhwok

Throngs of people were witnessed on the Pak-Afghan border after it was opened for two days on Tuesday following repeated requests by Afghanistan’s government to avert ‘a humanitarian crisis.’

Hundreds of Afghan nationals could be seen waiting for their turn at the Torkham border to return back to their country.

An #Afghan border police provides water to Afghan child returned homeland after they were stuck in Pakistan for 18 days.
Photo #MiladHamidi pic.twitter.com/iWMDZIwINz

On Monday, authorities decided to open Pak-Afghan border crossings for two days in order to facilitate nationals of both the countries. 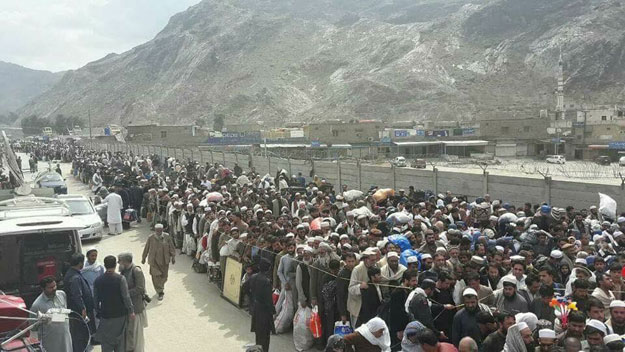 In its statement, the Foreign Office said that “in order to provide an opportunity to those nationals of Afghanistan who had come to Pakistan on valid visas, and wish to return to their country, the Government of Pakistan has decided to open the border crossings at Torkham and Chaman on March 7 and 8.”

The crossing points will also be opened for those Pakistani nationals who went to Afghanistan on valid visas and wish to return, it added. 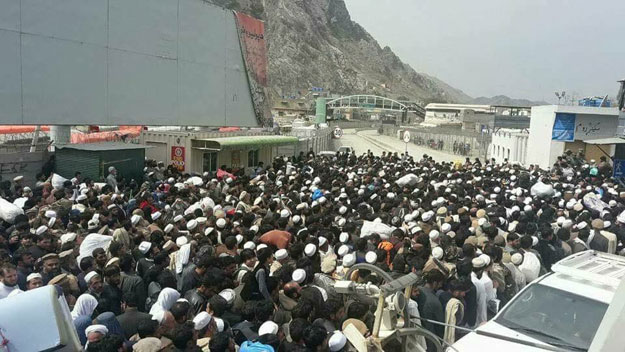 The decision was also conveyed by Adviser to the PM on Foreign Affairs Sartaj Aziz to the Afghan ambassador by telephone.

The border was sealed after a series of bomb blasts and suicide attacks rocked the country, killing over 100 people last month. Pakistan accused Afghanistan of harbouring the militants who carried out the attacks.