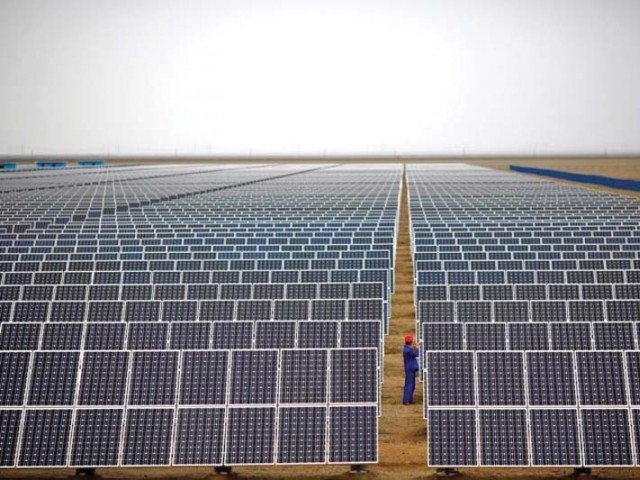 ISLAMABAD: The World Bank, in partnership with the Alternative Energy Development Board (AEDB), on Tuesday launched a series of new solar maps for Pakistan in support of efforts to increase the deployment of renewable energy in the country.

This will help in expanding access to sustainable and affordable sources of indigenous energy in the country.

World Bank, AIIB to give $720m for power and governance projects

With these efforts, Pakistan becomes the first country to benefit from validated solar maps under a global initiative on renewable energy resource mapping, led by the Energy Sector Management Assistance Programme – a multi-donor trust fund administered by the World Bank.

“Pakistan joins a small group of mainly developed countries, having access to duly validated and high-quality solar energy maps available for planning and prospecting purposes,” the World Bank said in a statement. “This initiative will facilitate investors in making more informed project decisions.”

The World Bank project on solar mapping in Pakistan includes field data, which is being generated by nine solar measurement stations installed two years ago throughout the country.

The project supports AEDB’s efforts to harness renewable energy in all the provinces by improving access to bankable data.

The solar maps used the latest solar resource-modelling techniques, based on 18 years of satellite and global atmospheric data from 1999-2016.

The solar maps were unveiled at a workshop hosted by AEDB and the World Bank in Islamabad, which was attended by a cross-section of stakeholders.

In addition to presenting and discussing the new maps, participants learned about the ground-based measurement campaign and discussed various options for continued operation of the nine solar measurement stations installed at diverse locations in Pakistan.

The solar maps, and the underlying solar data, can be accessed for free via the Global Solar Atlas, a recently-launched tool provided by the World Bank Group and covering all countries.

In addition, the maps are available in digital format for use in Geographic Information System (GIS) applications and Google Earth.

After sanctions are gone: Pakistan to complete IP pipeline in 30 months