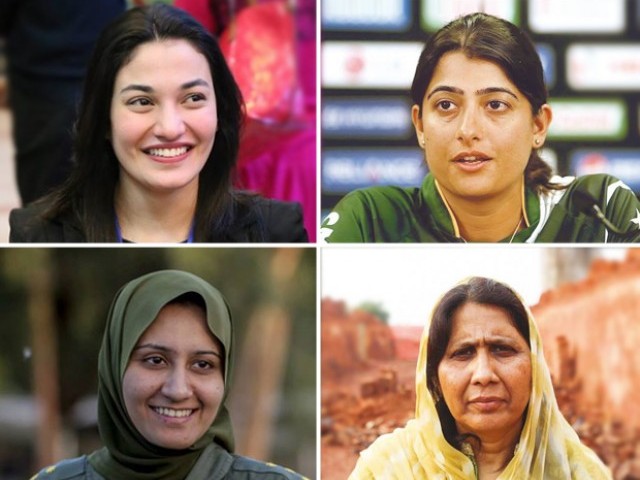 Even in educated urban centres, a strict demarcation of gender roles continues to persist.

Women’s rights legislation in Pakistan has often come up to bat in a sticky wicket situation. Opponents have either triumphed, or the situation is left at a stalemate. Successes have been fewer than the failures.

It is, therefore, no surprise that even in the educated, urban centres of Pakistan, a strict demarcation of gender roles continues to persist. So while in this particular strata, women are applauded for educational and career-related achievements, there is a ‘primary’ responsibility on their shoulders that they must continue to slug along silently; that of household chores, child rearing, and caregiving.

To maintain ‘peace’ and ‘balance’ at home is inevitably expected of daughters, wives, and daughters-in-law even if on the financial end, their roles may have changed considerably. Many women today contribute financially to their homes, but are still not ‘let off’ from fulfilling socially-prescribed duties inside the house. When questioned, such attitudes claim to trace their legitimacy from the rules laid down by religion.

Women’s status as equals in the private and the public sphere is inseparably linked. So even though more women are entering the workforce now than ever before, until and unless they achieve an improved status in the context of the ‘family’, this emancipation might end up burdening them more.

Is this dichotomy the failure of the women’s movement of Pakistan or of those in power who have not been able to reconcile archaic laws with modern realities?

Muslim academics all over the world have talked at length about how a reinterpretation of Islamic law through a gender-sensitive lens is the key to bridging this gap. In a postcolonial nation-state such as Pakistan, Islamic law is understood to be a monolithic entity that can be applied uniformly. The presence of diversity, which was a defining factor of earlier Muslim societies, has withered away. The very existence of the varying schools of ‘Fiqh’ is a testament to the different yet equally valid legal rulings in Islam.

Feminist scholar Ziba-Mir Hosseini, an Iranian legal anthropologist and academic, bases her entire body of work on an important differentiation between ‘Shariah’ and ‘Fiqh’. According to Hosseini, the ‘Shariah’ is a broader and abstract concept that can be understood as the ‘ideal’ path based on the Quran and Sunnah. ‘Fiqh’, on the other hand, is the human endeavour of interpreting these primary texts and deriving a law through them that can be applied in society. So, many times in everyday conversation what is being referred to as the immutable Shariah is actually ‘Fiqh’.

Asma Barlas, a scholar of Pakistani origin who focuses on understanding hermeneutics and exegesis of the Quran, is also vehemently pursuing the case of rereading patriarchal interpretations of the primary texts of Islam. Others such as Amina Wadud have led prayers as a symbolic act of rebellion to claim positions of authority that have traditionally been male domains.

Scholarship and activism in Pakistan, however, tells a different story.

From the 1980s and the advent of the Women’s Action Forum (WAF), supporters of gender equality in the country have approached the issue from a secular lens. The kind of ‘Islamic legislation’ that was being implemented was what they wanted to distance themselves from. However, over the years, organisations such as WAF realised that it was important to increase their support base and include women of diverse backgrounds, leanings and classes into their project.

But diversity also brings deadlocks. Many women’s personal religiosity and belief system did not want to delve into the sort of questioning and research that the organisation was attempting to engage with. Therefore, many circles once again only want to focus on dealing with the woman’s question purely from a secular lens.

Dr Aisha Anees Malik, Assistant Professor at the Centre of Excellence for Gender Studies at Quaid-e-Azam University in Islamabad, is of the view that the approach that Pakistani scholars and activists are taking is distinct from the one that scholars in the diasporas have taken. This is owed to the fact that the academics here are the ones who have to live within the framework of Islamic law.

“The Pakistani feminist movement is wary of going into the space of religion and the reinterpretation of sources of law,” she says.

In order to bring change, scholars such as Wadud, Hosseini and Barlas suggest working within the framework of Islam as a more viable way to achieve a better status from women. According to them, the Quran is inherently about justice and equality before God and His law. Hence, any form of implementation of a law that deems women as inferior can be traced to human interpretation.

But the lived reality of women in Pakistan and most other Muslim-majority countries is inextricably linked to Islamic law and unfortunately these are the places where progress on this front has been slower.

Jamila Aslam, a Supreme Court advocate, says the laws need to be ‘revisited’, not ‘reinterpreted’. Implementation and interpretation of laws on matters such as ‘khula’ (divorce initiated by a woman) and inheritance that have long been the bane of existence for champions of gender equality need to be revisited in light of changing realities.

“It’s like a boy’s club. Those who are in charge of interpreting the law over the years have been inclined to protecting men,” she says.

Dr Aslam Khaki, advocate and freelance academic, is focused on the reinterpretation of Islamic law. He feels the law on inheritance can be reinterpreted to include more protection for widows. In addition to her ordained share of one-eighth, she should also get an amount that will equal the wages of the work she has done.

“A wife is not ordained to cook, clean and manage household chores. If she does so, of her own free will or for the pleasure of her husband, he owes her and she must be compensated for that in the case of his death,” he says.

According to him, his efforts are geared towards reflecting changing social realities and not changing the basis of the law and in doing so he feels he is following the ‘Islamic’ way of ‘taffakur’ (reflection) and ‘aql’ (intellect).

Shanel Khaliq is a freelance journalist and a teacher who is interested in issues related to gender, race and social justice. She tweets @Shanel9999