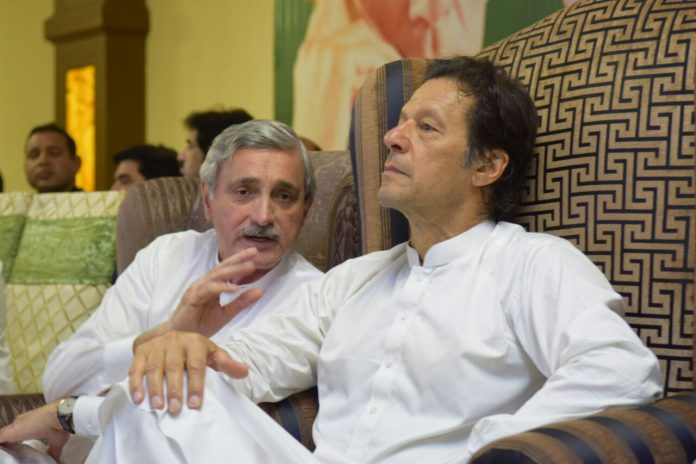 Pakistan Tehreek-e-Insaf (PTI) chief Imran Khan was at the receiving end on Monday after a video surfaced in which the party leader made derogatory comments about international players who attended the Pakistan Super League (PSL) final in Lahore.

In what seems to be an internal party meeting, Khan is seen branding international players who came for the PSL final as ‘phateechar’.

“I don’t even know the name of any of these so-called foreign players. It seems they just picked up players from wherever. Picked some from Africa and called them foreign players,” said Khan.

Imran khan making fun of International cricketers in his Press conference according to Him WC winner Summay is :

The video quickly went viral on social media where the PTI chief was heavily censured for using ‘vile’ and ‘racist’ language against foreign players, such as Darren Sammy who helped make the event a success.

It was special to play in Lahore infront of such passionate ppl. @PeshawarZalmi #Champions but Cricket was the winner #MoreThanJustAGame pic.twitter.com/RgImqfzNa2

Here’s how people reacted to the PTI chief’s comments:

This is so vile and racist that I am thoroughly disappointed in Imran Khan. Genuinely respected his integrity. He is showing he has none. https://t.co/Wy5vLASUFv

Imran Khan is a disgusting, vile human being. And note the racist way he says "Africa" https://t.co/QPyz1wSX2h

This 'Phateechar' player was able to win the hearts of millions of Pakistanis … can some one please tell his name to Imran Khan. pic.twitter.com/pJyLirWaRy

Dude @ImranKhanPTI you just scored an own goal.

I think Imran khan is soon entering the Altaf Bhai league..PTI should soon make a "rabita committee" to clean all shit he utters when stoned

Absolutely disgusting comments by Imran Khan regarding foreign players & even worse those trying to defend or spin it.

See the reaction of Indian cricket legends/celebrities on #PslFinalLahore & then see reaction of Imran Khan.
You will be embarrassed.

Defending the score 59/all out is much easier than defending statements of Imran Khan. #PSL2017

20 years ago, hell… 5 years ago, could you have imagined Imran Khan being incurably petty & Najam Sethi as the bigger man?

“God forbid, if any blast takes place in Lahore, there will be no cricket in Pakistan in the next 10 years,” he told a private news channel.

“This is madness considering the situation here” he said, referring to the series of bomb blasts which rocked Pakistan. “What’s the point of holding the PSL final in Lahore? It isn’t even an international match.”

It’s final. PSL final to be held in Lahore

The PTI leader added, “In my view, it is a terrible idea. We want to hold this match by calling in army and blocking roads and there will be high security. This will not send a good message.”

The decision to play the final fixture in the Punjab capital was put on a hold following a string of bomb blasts and suicide attacks hit the country, particularly Lahore, killing over 100 people.