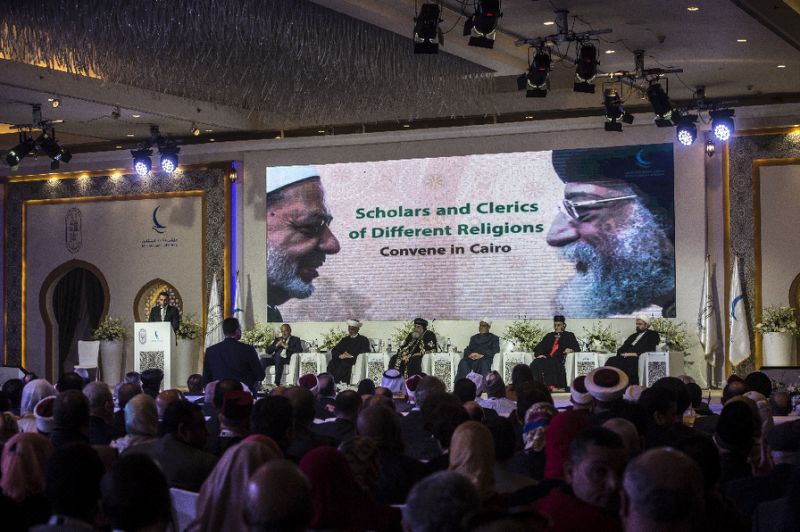 A picture shows a general view of attendees at a conference titled '’Freedom and Citizenship’’ hosted by Al-Azhar, one of the leading Sunni Muslim authorities based in Cairo, on February 28, 2017. PHOTO: AFP
CAIRO:

Leading Muslim and Christian clerics in the Middle East issued a statement on Wednesday urging against linking Islam to terrorism, following a conference in Cairo on co-existence.

The conference, hosted by the prestigious Sunni Muslim Al-Azhar institute, comes as sectarian conflict continues to ravage the region and after a spate of militant attacks on Christians in Egypt.

It also comes after US president Donald Trump's administration shifted from the vaguer language of its predecessor by identifying its fight as against "radical Islamic terrorism."

Terrorism can’t be linked to any religion: Imam-e-Kaaba

Former president Barack Obama, who led an international coalition against the Islamic State group in Iraq and Syria, had argued that calling the militants 'Islamic' gave them legitimacy.

A closing statement read by Azhar's Sheikh Ahmed Tayeb demanded Islam not be associated with militancy. "The conference demands that those who link Islam and other religions with terrorism immediately stop," he said. "Judging Islam by the criminal actions of some who associate with it opens the door to describing all religions as terrorism, which justifies extremist modernists' argument that societies must be rid of religion," he added.

The two-day conference was attended by Muslim muftis and Christian clergy such as Lebanese Maronite Patriarch Beshara Rai, as well as representatives of US and British churches.

The statement urged fostering understanding and equality between religions.

IS, which controls parts of Syria and Iraq, views Christians as enemies who should either be killed or subjugated. In Egypt, the group's affiliate called for war on the Coptic minority after bombing a church in December, killing 29 people. 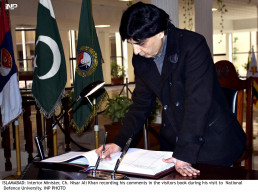 Not every bearded man a terrorist, says Nisar 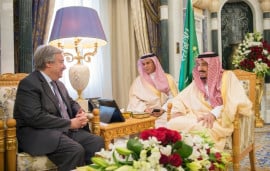 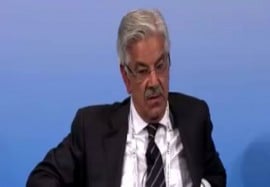