‘Lipstick Under My Burkha’ lands into legal troubles

‘Lipstick Under My Burkha’ lands into legal troubles 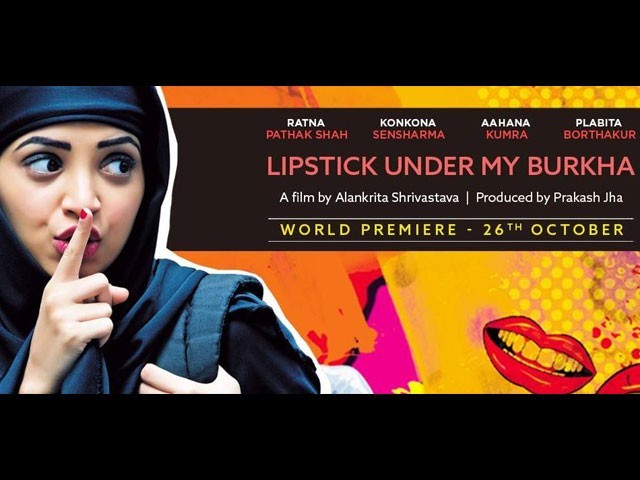 A group of Muslim leaders in Bhopal have proposed the boycott of film-maker Alankrita Shrivastava’s Lipstick Under My Burkha for hurting religious sentiments, reported Bollywood.com. The All India Muslim Tehwar Committee also plans on seeking legal action against the film.

Produced by Prakash Jha, Lipstick Under My Burkha revolves around four women: a burkha-clad college student, a young beautician, a mother of three and a 55-year-old widow who rediscovers her sexuality.

Ausaf continued, “Even Hindu women in various parts of the country – including Rajasthan, Punjab and Uttar Pradesh – opt for parda dhari (using a veil to cover the face). In such circumstances, why should they focus only on us with regard to such a sensitive, personal matter?”

The committee is urging India’s 24 crore Muslim population to, therefore, boycott the film. “We also plan to take legal action against the film-makers. We are talking to lawyers and collecting documents related to the movie,” Ausaf added. He also thanked the Central Board of Film Certification in India for stalling the film’s release. “They have done the right thing. They should not allow public viewing of this film at any cost,” he said.

Looking for sense in censorship

Lipstick Under My Burkha was refused certification from the Board last month because it was “lady oriented, their fantasy above life.” It also claimed that it “contains sexual scenes, abusive words, and audio pornography and (is) a bit sensitive about one particular section of society.”

I speak better English than most people from Hollywood: Kay Kay Menon