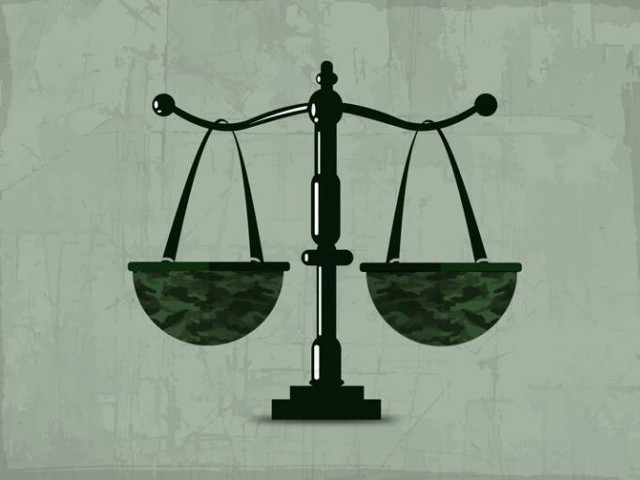 ISLAMABAD: Pakistan Tehreek-e-Insaf is all set to throw its weight behind Pakistan Peoples Party to hold an all parties conference on the issue of extending the tenure of military courts.

PTI’s senior leadership on Sunday confirmed the party’s participation in the moot scheduled to be held on March 4.

The PPP would formally invite PTI in a couple of days, not later than Tuesday, while Pakistan Muslim League-Quaid has already accepted the invitation.

“During deliberations through the platform of parliamentary committee on military courts, PTI’s standing over the issue remains almost similar to that of PPP,” a senior PTI leader said confirming party’s participation in the conference.

He hinted at meeting the PTI leadership by Tuesday.

PTI spokesperson Fawad Hussain said the party would hold consultations and deliberate if they should attend the conference hosted by the PPP.

He said the consultation would be held in a couple of days as senior party leaders including Shah Mehmood Qureshi and Jehangir Khan Tareen were currently out of Islamabad.

The PPP decided to hold a multi-party conference over the issue after the government and the opposition parties during successive meetings failed to find a common ground and narrow down their differences on the revival of military courts. Last meeting of the parliamentary committee on military courts was held on February 24 which too remained inconclusive.

The military courts had been established in the country through a constitutional amendment in the backdrop of gory incident of Army Public School in Peshawar in December 2014. Courts were established in January 2015 for a period of two years. They ceased to function in January 2017 upon expiry of two-year term.

Recently, the government – which wants to revive the military courts for another term spanning over three years – has proposed a constitutional amendment.

Another point of serious contention among government and opposition parties is a proposed amendment to Article 175 (3) which according to some opposition parties could be used in future by the military to victimise political workers.

Talking to The Express Tribune, PTI vice chairman Shah Mehmood Qureshi said the party leadership would keenly observe the agenda of the multi-party conference and decide about its participation.

“The party is in favour of revival of these [military] courts to punish ‘jet black terrorists’,” Qureshi said.

He said senior party leadership would meet today (Monday) to hold discussion on the issue and Imran Khan would announce his final decision.