The Region­al Passpo­rt Office in Peshaw­ar has been author­ised to extend visas to Afghan citize­ns
By Our Correspondent
Published: February 25, 2017
Tweet Email 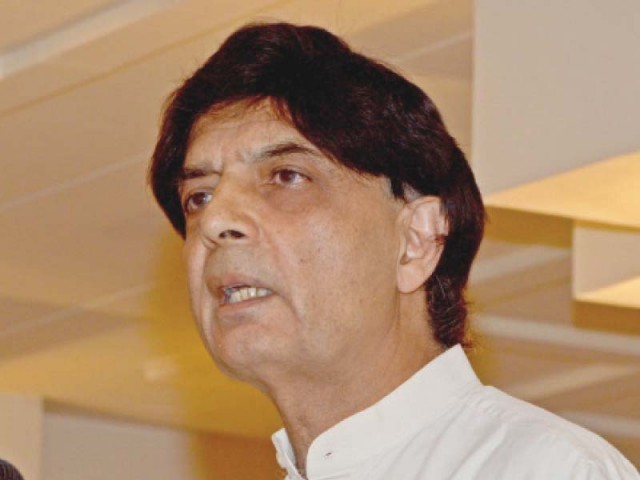 ISLAMABAD: Interior Minister Chaudhry Nisar Ali Khan on Friday ordered officials to immediately resolve the visa difficulties that Afghan citizens in Pakistan are currently facing. The instructions were issued after the minister was briefed about the difficulties being faced by Afghan citizens in Pakistan due to the closure of the Pak-Afghan border crossing points. According to a statement, the Regional Passport Office in Peshawar has been authorised to extend visas to Afghan citizens. The purpose of this initiative is to resolve the problems of Afghans who have legally come to Pakistan.