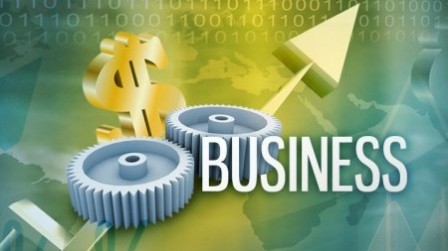 ISLAMABAD: Spearheaded by the services sector, Pakistan’s economy grew by a modest 4 per cent during the current financial year, slightly above the government’s projection, official sources say.

The assessment is based on a working paper of the National Accounts Committee (NAC). The NAC will meet on May 18 to discuss provisional growth figures for the outgoing fiscal year and final figures for the previous two years. The government had earlier estimated that Gross Domestic Product (GDP) growth would remain at three per cent. Later, the projection was revised upward to 3.4 per cent but final figures are a surprise for many.

Independent economists have attributed this extraordinary showing of the GDP to creative accounting as the government has also revised downward the last year’s GDP number. According to provisional figures in the Economic Survey of Pakistan, during the last fiscal year 2008-09 the economy grew by 2 per cent. However, official sources said that the growth number for the last financial year was revised. “Last year the economy grew by 1.2 per cent,” an official said. The number was revised due to less wheat production.

Officials have now calculated wheat production at 23 million tons against earlier estimates of 24 million tons. For the current financial year, the National Accounts Committee’s assessment is based on nine-month output data of various sectors of the economy. Countries like Pakistan need more than a modest growth in order to create jobs. Every year at least three million young people enter the labour market but a modest growth could not create such a number of jobs.

Independent economists say that instead of focusing on the services sector, the developing countries like Pakistan should give preference to the agriculture and manufacturing sectors, which can create more jobs than the services sector. The manufacturing sector also performed better than last year. The sector grew by 3.54 per cent against the target of 1.8 per cent, the sources said. Large-scale manufacturing also showed a better outcome as compared to last year when the sector contracted by 7.7 per cent. The NAC also revised downward growth rate of the fiscal year 2008-09. Last year, the economy grew by 1.2 per cent.

Last year, the agriculture sector’s contribution to the total national output was slightly over one-fifth. The manufacturing sector’s contribution was 18.2 per cent and the services sector contributed 53.8 per cent to the total GDP. Sources said the government for the second time also revised growth numbers for the fiscal year 2007-08, the last year of Shaukat Aziz government. Provisional growth figure of 2007-08 was 5.5 per cent. Last year, the government revised it downward to 4.1 per cent. “Now the final growth number for 2007-08 is 3.68 per cent,” a source said.