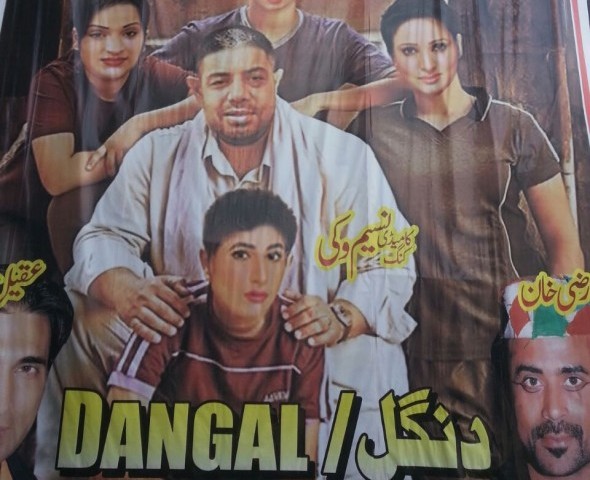 LAHORE  : Say what you may, it cannot be denied that Pakistanis have a knack for shortcuts and innovative quick-fixes for virtually everything under the sun. Have a problematic Smartphone? Visit the neighbourhood telephone shop. Need to book a table on a busy Saturday evening? Slip the maître d a red note or two and you’re good to go.

Perhaps our innate ‘jugaaru‘ nature is what prompted Lahore’s Tamaseel Theatre to develop a new stage play based on Aamir Khan’s latest superhit Dangal. Bollywood enthusiasts who were unable to watch the film on the big screen due to the recent ban have been watching Dangal, the stage play, and actually enjoying it.

Dangal topples Sultan to emerge as biggest hit of 2016

Renowned theatre actor Naseem Vicky essays Aamir’s role of Mahavir Singh Phogat, copying the mannerisms down to a tee. Much like in the film, Naseem can be seen training his daughters to become Olympic-level wrestling champions. 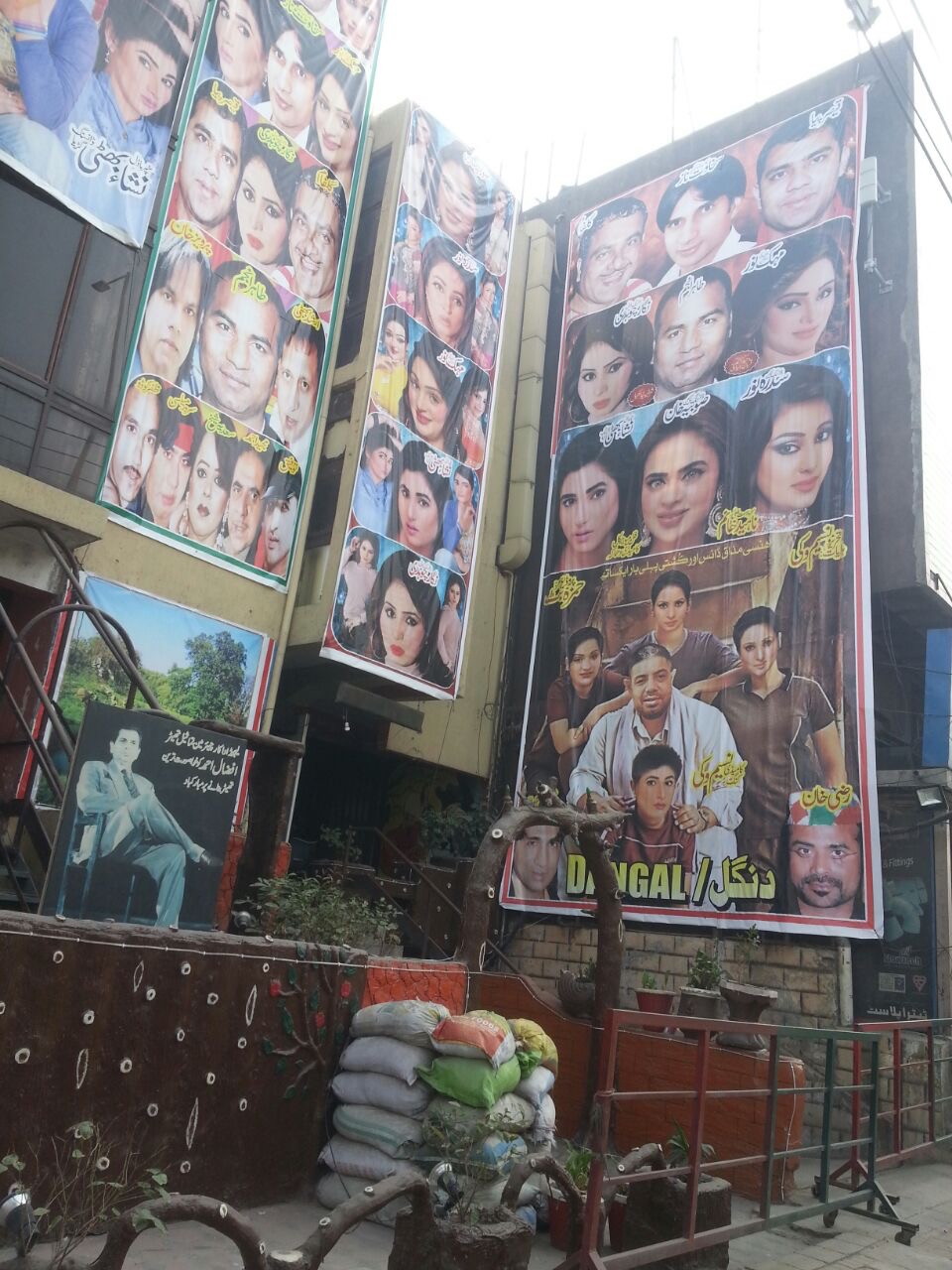 Dangal marks the first time producers have incorporated three different kinds of sets for one play. The most interesting part is that an Aakhara (wrestling ground) has also been constructed specifically for the scenes showing the wrestling matches. “We are trying to introduce modern trends in commercial theatre and this is the first time we’ve built three sets for one play in one performance hall,” producer Sikander Butt told The Express Tribune.

It must be noted that Dangal is not the first Indian film to be converted into a stage play here. Films such as PK, Devdas and Tere Naam, amongst others, have all received the same treatment previously, although entertainment was given top priority then. With Dangal, the emphasis remains on drama and new experiences. “Although dance, music and entertainment are all part of Dangal, its theme and message is quite serious: that no one can defeat you if you don’t lose courage. The play is also our message of love for the people of Pakistan,” Sikander added.

Naseem has penned the script of Dangal himself, with Sobia Khan playing his wife and dancers Sidra Noor, Mahak Noor, Nisha Bhatti and Nigar Chaudhry as the four daughters. Some of the girls also sustained injuries during rehearsals but continued with the play. Also amongst the cast are other famous names from Lahore’s theatre circuit, such as Sakhawat Naz, Tahir Anjum and Qaiser Piya.

“I have tried my best to make this a wholesome, entertaining play and a glad that the response has been nothing but positive,” Naseem said. “Wrestling is a popular topic in Lahore and the viewers seem to like my decision to write Dangal. Hopefully, the play will prove to be a success in terms of profit as well.”

According to Naseem, offering good quality content has become more important now than it was ever before. “There was a time when families used to flock to the theatres to watch plays but the footfall has been on the decline due to poor content,” he said. “I’ve tried my best to make Dangal wholesome and entertaining. I’m glad that the response has been nothing but positive. Wrestling is a popular topic in Lahore and the viewers seem to like my decision to use it. Hopefully, the play will prove to be a success in terms of profit as well.”