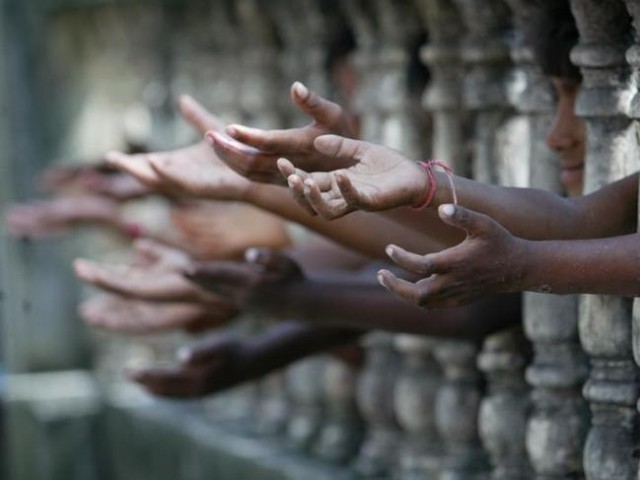 KOLKATA: In a latest trafficking scandal to hit the country, the Indian police said on Tuesday that they have arrested the heads of an adoption centre suspected of selling at least 17 children to foreign couples.

Investigators said children aged between six months and 14 years were sold to couples from Europe, America and Asia for between $12,000 and $23,000 and taken out of the country. Police in the eastern state of West Bengal arrested Chandana Chakraborty, head of the Bimala Sishu Griha centre, and her deputy Sonlai Mondal at the weekend after a tip-off from the federal adoption agency.

“In the last two to three years, they have sold at least 17 children,” a police officer told AFP on condition of anonymity. “We will try to contact the couples and are expecting more arrests in coming days.” One French couple paid INR1.5 million for a child in 2015, he said.

The women were also involved in running two other homes in the area. “Two people were arrested after raids in three charitable homes on Saturday night,” Sashi Panja, state women and child development minister, told AFP. It is not clear how the alleged sales escaped official notice.

Investigators said they had been monitoring the charity since June when child welfare authorities found discrepancies in their records and relocated all the children from one of the homes.

India has an estimated 30 million orphans, but the rules governing international adoptions are strict and domestic adoptions remain relatively rare. Only 4,362 children were legally adopted in 2014 and 3,677 in 2015, according to the Central Adoption Resource Authority.

Experts say couples wanting to adopt in India are often frustrated by lengthy bureaucratic delays and complex rules, pushing them towards the thriving illegal adoption market.

The latest scandal comes four months after police arrested 18 people over the sale of newborn babies in the same state. The gang stole babies from nursing homes, smuggling them out in biscuit boxes and keeping them at adoption centres before selling them to Indian and foreign couples.

The scale of the operation is still being uncovered, and the remains of five newborn girls were recovered from one of the homes in November.