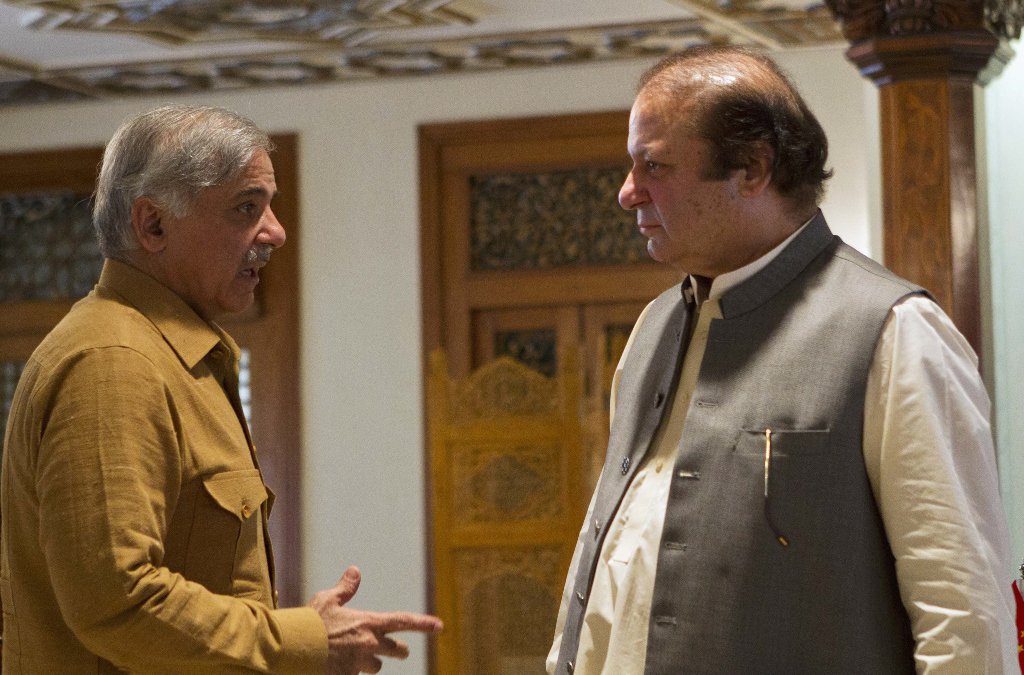 The Sharif family is likely to face a tougher time tomorrow (Tuesday) in a matter related to the 17-year-old case about alleged money laundering. PHOTO: REUTERS

ISLAMABAD: The National Accountability Bureau (NAB) established 17 years ago that Prime Minister Nawaz Sharif’s family and Finance Minister Ishaq Dar received over Rs1 billion “through illegal and fraudulent means” and were liable to be tried under anti-corruption laws, a fresh Supreme Court filing on Monday revealed.

Proceedings carried out by the anti-corruption watchdog in the year 2000 came to the fore when Prosecutor General Waqas Qadeer Dar submitted the records of two references including the Hudabiya Paper Mills scam and the alleged illegal construction of the Sharif family’s Raiwind estate in the ongoing Panamagate case in the apex court.

“It has been established that offence of corruption and corrupt practices defined under NAB Ordinance 1999 has been committed” by these persons, NAB’s then-chairman Lt-Gen Khalid Maqbool submitted to an accountability court.

“It has been established that the directors of the company are in possession of voluminous ill-gotten money retained by them by opening non-bonafide fraudulent accounts in the name of non-residents and used the same for availing various financial benefits for themselves and their other business concerns”, showed the court filing.

Further, in their affidavits, members of the Kazi family had accused Dar of breaching their trust and misusing their passports for opening bank accounts without their permission, according to another set of documents available with The Express Tribune.

The ruling Sharif family, which is already facing a hard time in satisfying the top court regarding the money trail for the purchase of various London properties, is likely to face a tougher time tomorrow (Tuesday) in a case relating to the 17-year-old money laundering charge. The NAB chairman will also appear in person before A five-judge SC bench tomorrow.

The scam came to the limelight last month when the bench – headed by Justice Asif Saeed Khosa – took up Pakistan Tehreek-e-Insaf (PTI)’s plea seeking disqualification of the finance minister on charges of allegedly facilitating the Sharif family in laundering Rs1.2 billion.

Dar confession can be used against PM: SC

Highlighting apparent lacunae in the acquittal of the Sharifs by the Lahore High Court (LHC) in 2014, the SC wondered how Rs1.2 billion were still “unaccounted for” and why NAB had not filed an appeal against the LHC verdict.

In 2014, the high court had quashed that Hudabiya Mills reference against the Sharifs. The decision was not appealed by NAB.

On April 25, 2000 – just a few months after a military coup that toppled Nawaz’s second government – Dar, who was incarcerated at the time, recorded a confessional statement in which he claimed that the Sharif brothers used the Hudabiya Paper Mills as a cover for money laundering during the late 1990s.