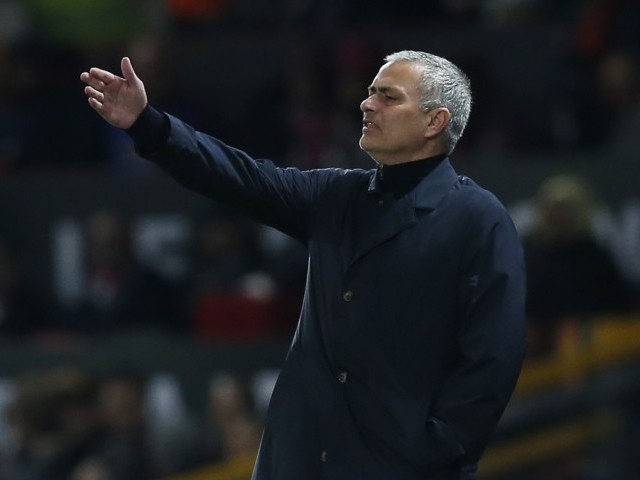 BLACKBURN: A significant run of cup ties has Manchester United manager Jose Mourinho worried about fixture congestion, but his chances of ending his first season at the club with a major trophy are looking healthy.

Mourinho’s side have won three successive matches without conceding a goal, and are in good spirits as they prepare to make the short journey to face struggling Championship opponents Blackburn in the fifth round of the FA Cup on Sunday.

The United manager actually felt his team were a little too cheerful before Thursday’s 3-0 Europa League last-32 first-leg victory over Saint-Etienne, accusing them of being too relaxed during the warm-up.

It is true United started slowly against their Ligue 1 opponents, but a Zlatan Ibrahimovic hat-trick has put them in a strong position to secure a last-16 place in France next Wednesday.

United are in the midst of a glut of cup fixtures at the moment, with the final of the EFL Cup against Southampton to come at Wembley on February 26, and Mourinho is worried about the effect that may have on their Premier League form.

“With the accumulation of FA Cup, League Cup and matches postponed, it is really hard for us,” said the Portuguese. “If we progress in the competitions, we will be in trouble in April and May. But we cannot choose competitions, so we play to win.”

United won the FA Cup for the first time since 2004 by beating Crystal Palace in last season’s final, and their defence of the trophy has been untroubled so far, with two 4-0 home wins over Championship opponents, Reading and Wigan.

While Mourinho may see Premier League improvement as a greater priority, midfielder Ander Herrera is keen for another cup run.

“It’s a massive competition. When some teams rotate players, that doesn’t mean they don’t give importance to the FA Cup,” said the 27-year-old Spaniard, who will miss the return Europa League leg as he is suspended.

“It’s the oldest competition in England and I think it’s the most amazing Cup in the world because of the organisation.

“Every club wants to win the FA Cup, teams not in the top six even more as they can get in the Europa League [through winning it].

“So it’s a fantastic competition to play in. We want to keep playing in it and win away against Blackburn.”

Mourinho is likely to make changes for the game, and does have injury concerns to contend with.

Wayne Rooney and Michael Carrick missed the win over Saint-Etienne with minor muscular injuries, while Henrikh Mkhitaryan was absent because of illness.

Rules are different for me, complains Mourinho

Centre-back Phil Jones could return from a foot injury to face his former club, while Luke Shaw is pushing for a chance after being overlooked for United’s previous four squads.

Blackburn, relegated from the Premier League in 2012, are in serious danger of dropping into the third tier League One after a poor campaign that has left them next to bottom of the Championship with 15 matches to play.

Supporters have continued to protest against Indian owners Venky’s, the Indian poultry company who they believe have mismanaged the club since buying it in 2010.

As if off-field disharmony and league struggles were not enough for manager Owen Coyle to contend with, he goes into Sunday’s tie with his squad stretched to its limit.

Striker Hope Akpan is suspended after being sent off for pushing referee Scott Duncan during Tuesday’s 2-1 defeat at Sheffield Wednesday, while winger Elliott Bennett is also banned.

Former United defender Wes Brown, though, may feature for Blackburn at the venerable age of 37.

“We will be underdogs,” said striker Marvin Emnes. “The most important thing is that we enjoy the game and try to win it.”