"All of us at some point have been groped or harass­ed on the street­s. The thing is you have to fight back"
Published: February 16, 2017
Tweet Email 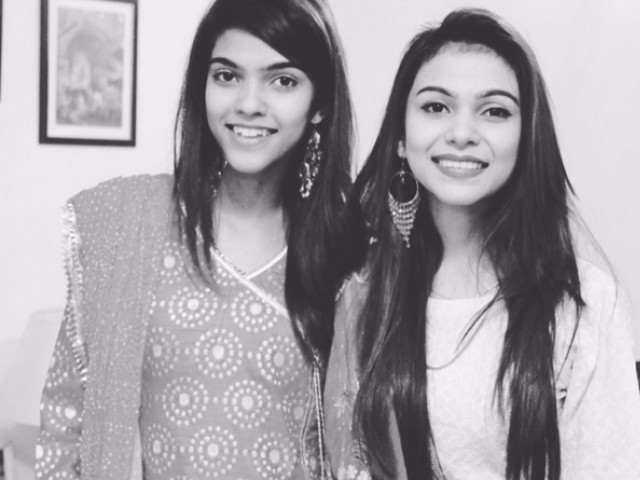 KARACHI  : Zoya Khan, 19, and her 15-year-old sister Zara Khan beat up a man after he groped one of them on Karachi’s Tariq Road when returning from a shopping trip.

Sexual harassment in public places is fairly common but the way the sisters taught their harasser a lesson is definitely one-of-a-kind.

“This is not the first time this has happened,” Zoya tells The Express Tribune. “But this is the first time I decided to post about this on social media. I decided why should I take this anymore?”

When groped, Zoya said she started screaming but was unable to do anything as she was carrying a number of shopping bags in her hand. But her younger sister, Zara, “threw everything and ran after the man”.

When Zoya followed her younger sister to where the man was, she was met with shock and surprise. There was a crowd of more than 30 people surrounding the molester – her sister was in the middle as she “held him by his collar smacking his face and punching his stomach”.

Later when Zoya asked Zara what prompted her to run after him she said, “You’re my sister. Why should I stand around and watch while someone does that to you?”

Speaking about her younger sister, Zoya says she’s really glad her sister had the courage to chase after him.

The response from their loved ones has been fantastic, Zoya says. She’s saying their father was a little concerned in the beginning but he has been extremely supportive and proud that his daughters are speaking up about what happened to them. Zoya also adds that she has been receiving calls and messages from friends and family making sure both the sisters are okay and applauding what they’ve done.

The conversation soon turned to the viral nature of the video. Zoya tells The Express Tribune that she is ‘definitely overwhelmed’ by the response. “I never thought it would get so much attention,” she says.

Of course there have been both negative and positive comments. She says someone commented on the video calling her a prostitute, which confused her. “How am I a prostitute? I’m the victim here.”

The positive comments far outweigh the negatives however, as strangers applaud both the girls calling them brave and inspirational.

Zoya ends the video by giving a message to all the women of Pakistan. “I know this happens to everyone. All of us at some point have been groped or harassed on the streets. The thing is you have to fight back. If you don’t fight for yourselves, no one will fight for you.”