The Presid­ent also expres­sed deep grief over the loss of lives in Monday’s terror­ist attack in Lahore­
By APP
Published: February 15, 2017
Tweet Email 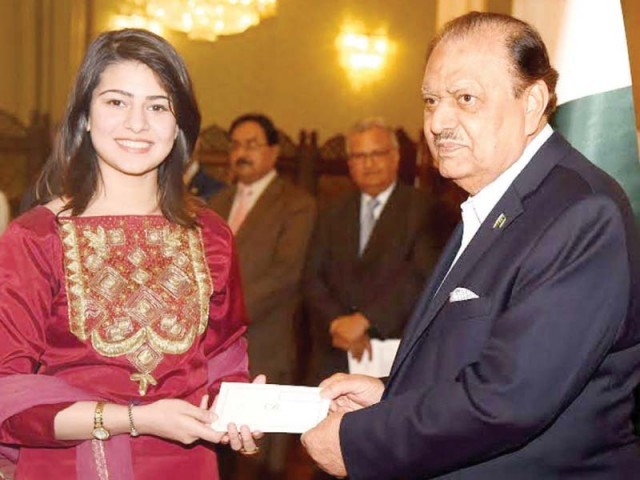 ISLAMABAD: President Mamnoon Hussain on Tuesday said China-Pakistan Economic Corridor (CPEC) will generate enormous opportunities of progress and called upon the nation to equip itself with modern education and skills to take maximum benefits from the mega project. He said this while addressing the 32nd medal and prize distribution ceremony of Federal Board of Intermediate and Secondary Education (FBISE). The President said CPEC was a project with a potential of bright fortune for Pakistan and the region. Mamnoon said nations seldom get a chance that guarantees their prosperity. The President also expressed deep grief over the loss of lives in Monday’s terrorist attack in Lahore and said the sacrifices of martyred policemen would not go in vain. Minister for Planning and Development Ahsan Iqbal, State Minister for Education Balighur Rehman, Higher Education Commission Chairman Dr Mukhtar Ahmed and Chairman FBISE Dr Ikram Ali Malik were also present.