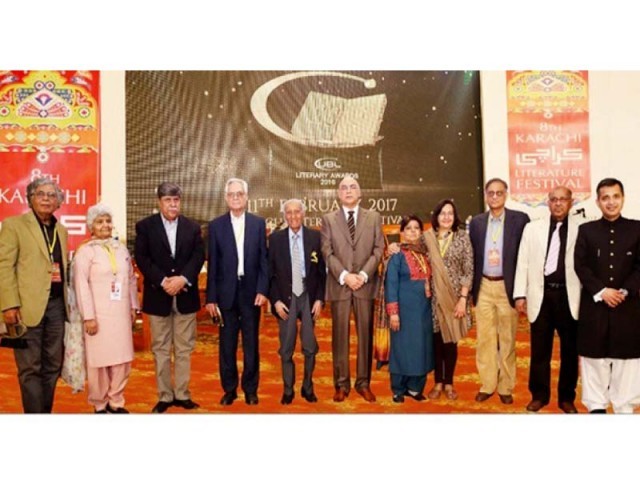 KARACHI  : The 6th UBL Literary Awards 2016 were held at the Beach Luxury hotel in Karachi on Saturday. The awards were held in conjunction with the 8th Karachi Literature Festival. Celebrating the literary efforts of Pakistani writers, UBL held these awards for the sixth year running. Acclaimed Urdu writer Mushtaq Ahmad Yousufi graced the event with his presence. Over 160 entries were received as nominations for the seven categories of the awards. The books, which were written by Pakistani authors and published in Pakistan in 2015, were shortlisted by an esteemed panel of judges, which included Dr Asghar Nadeem Syed, Dr Asif Farrukhi, Ghazi Salahuddin, Dr Arfa Syeda, Kishwar Naheed, Dr Anwaar Ahmad and Masood Ashar.