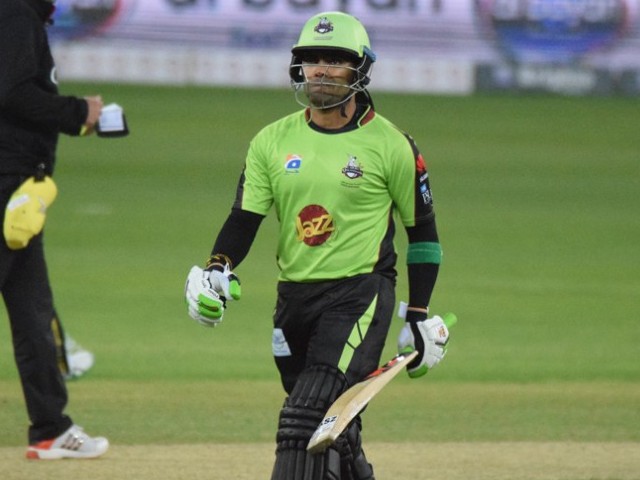 Middle-order batsman Umar Akmal made a record on Sunday’s Pakistan Super League (PSL) tie between Lahore Qalandars and Peshawar Zalmi in Dubai when he was dismissed for a duck by pacer Hasan Ali.

Following the dismissal, Akmal moved to the top of the list of batsmen with most ducks in T20 matches. The 26-year-old now has 24 ducks under his belt, surpassing South Africa’s Herschelle Gibbs, Sri Lanka’s Tillakaratne Dilshan, and West Indies’ Dwayne Smith, who are all tied on 23.

Unfortunately, the second edition of the PSL has not been a favourable one for the right-handed batsman so far, as he only managed 35 runs from three innings, which includes two ducks.

Roy-al win as Lahore get off the mark

Meanwhile, Lahore Qalandars, the side which Akmal currently represents, have also lost two of their three matches in the tournament, with the last defeat coming after they could only manage a score of 59 against Peshawar Zalmi.  On the other hand, Zalmi were able to clinch a three-wicket nail-biting victory with 18 balls to spare.