Power and wealth have a strong tenden­cy to cheat and oppres­s and the people­
By Sarwar Bari
Published: February 12, 2017
Tweet Email 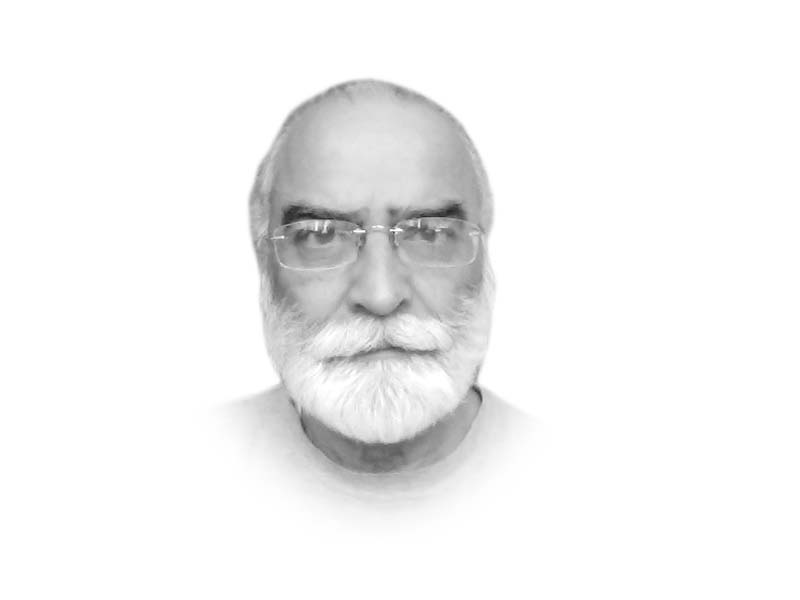 Power and wealth have a strong tendency to cheat and oppress and the people who suffer from this have a deep passion and rage to resist. This is what human history is all about. This perpetual fight between the two ultimately gave birth to one of the greatest achievements of human beings — to differentiate between right and wrong and to find [the] truth. Through this agony our ancestors nurtured the instinct of justice and fair play too. Besides, they also developed norms, values, principles, standards, scales, tools, rules, regulations, procedures and institutions. This helped to find culprits. But this was not possible without having officials who follow the rules in letter and in spirit and have the skills to apply them honestly and justly. Any state that guarantees this standard, gains high trust and respect of its citizens.

Based on this, we could divide the countries in three crude categories: 1 countries run according to the rule of law ; 2, countries where rules are selectively implemented, and, 3, and lastly countries where rules are widely violated or changed arbitrarily. Pakistan’s ranking on global rule of law index is just above North Korea, East Timor and Myanmar in Asia. In which of the three categories you would put our country? I leave it to your intelligence.

A former President of the US, Jimmy Carter, said in 2001, ‘If we were to go into a foreign country to monitor the election and they had similar election standards and procedures [as did Florida], we would refuse to participate at all.’ Pakistan has yet not reached to that level, but we are not very far away. I say this with confidence despite knowing about the recently introduced so-called electoral reforms. The publicity engulfing these reforms has already released enough smoke for mischief.

A question? Would you watch a cricket or a football match that is already fixed and the umpires are bribed? Not, of course. The organisers aren’t stupid. They create huge trust, excitement or enormous hope prior to the occurrence of the contestation, which impairs our vision. In the smog of this frenzy tampering and gerrymandering takes place. That’s why very often we come to know about match fixing afterwards. In this regard, there is no difference between elections and sports. Despite this analogy, stakes are hugely incomparable. Therefore, only those who are capable of insulating themselves from an election frenzy and have the required skills and are also able to publicise the findings promptly should monitor different stages of electoral processes. Only a well-established and credible domestic election observation team could stop Pakistan from reaching to Mr Carter’s NO.

After the surface of a much-touted Draft Elections Bill 2017, the need for election observation has become even greater. I am saying this because the Parliament Committee for Electoral Reforms is trying to sell few amendments in the name of electoral reforms. If the bill is passed in its current form, transparency — an integral part of any election — will further diminish in future elections. Free and fair conduct of election has also been undermined, as power of the ECP to make rules is being made conditional to the government approval, the ECP has been denied to disqualify candidates and monitoring has been restricted. I am a severe critic of the ECP’s performance but would fight for its independence.

Moreover, the forthcoming census is highly likely to make some dent to the status quo. For instance, the population is likely to be found in urban centers than before and a drop in Punjab’s share in total population of the country could also occur. These shifts may reduce the share of the landed elite and Punjab in future assemblies. Also, there is a need to launch a concerted campaign to make setting up of the caretaker set-up transparent. The current method is extremely private in nature. We must know that beneficiaries of the status quo are not going to accept changes. They are likely to manipulate the processes. Therefore, civil society and potential whistle-blowers must inform the public why we reject this kind of a secretive method for the appointment of public officials. Hence, observers must look beyond poll monitoring. They must be ready to observe the conduct of census, delimitation of constituencies and appointment of caretakers.

This is indeed a gigantic task and could be achieved only by a well-established network of civil society organisations and experts — a network that has the credibility, integrity, political and social acceptance, expertise and outreach. The Free and Fair Election Network largely fulfills these requirements. In 2013 general elections FAFEN had deployed nearly 40,000 short-term and long-term observers. For the 2008 elections, it had appointed about 20,000 observers. Since 2013, FAFEN have also observed local government and almost all bye-elections. It has also audited electoral rolls in 2012 and observed working of the electoral roll display centres in 2016. As its membership is rising, it could reach out to every constituency. It is also worth stating here that FAFEN is the only domestic election observation group whose findings are keenly sought after by all shades of political opinion, civil society, media, public, judiciary and even ECP.

It has also conducted a comprehensive analysis of the Draft Elections Bill 2017. Most political parties including those which don’t have representation in assemblies and the media have been given detailed briefings. FAFEN informed the stakeholders that under the section 194 of the draft bill an ECP official could be punished for five years imprisonment or with a fine, which may extend to five million rupees or with both. Strangely, if an election official is involved in rigging, under this bill s/he will have far lesser punishment. This draconian clause would severely affect election observation, as it would deter election staff from sharing any information with observers and media. The draft bill also provides sufficient room to authorities to ban any election observation group from monitoring the election. But these draconian laws shouldn’t deter observers from performing their critical role. They must think hard how to overcome such barriers. A torrent of will could find a way.

The above discussion clearly shows that besides election observation, civil society needs to influence political society — the parliamentarians to make the draft bill more democratic, more empowering for ECP, harsher for the corrupt and more enabling for observers. We must not forget that democracy is only as good as civil society and social movements are. In order to deter power and wealth from its inherent tendency to cheat and oppress, the civil society must show courage to conduct ruthless and neutral election monitoring and should not hesitate to naming and shaming the powerful elites who indulged in rigging and gerrymandering. This is the only way forward to improving rule of law in our country and our ranking on the global governance index.