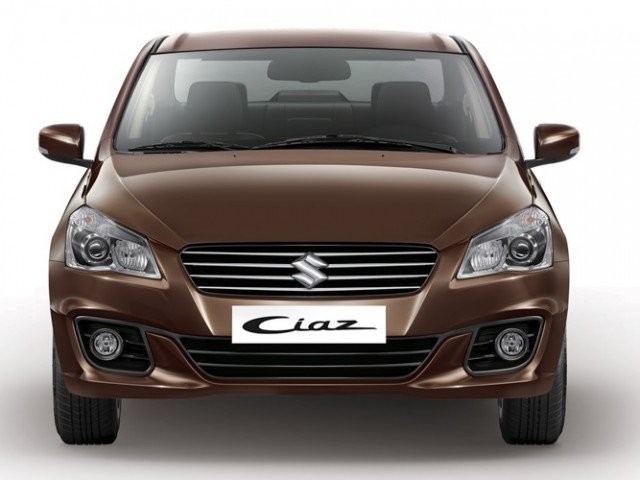 LAHORE: Pak Suzuki Motor Company continued unveiling imported vehicles in the country with the launch of another variant in Lahore. A company official, however, said that Celerio, which would be launched with the name of Cultus, will also be unveiled this year.

On Wednesday, the company unveiled Suzuki Ciaz, a 1.4-litre sedan, barely weeks after it imported several units of Vitara to sell in the domestic market.

“We have seen a huge demand from the Suzuki customer base and dealers for a sedan car,” PSMC General Manager Azam Mirza told The Express Tribune on the sidelines of the launch event.

“We believe there was a need to introduce a car in this engine category after the discontinuation of Suzuki Liana back in 2014.”

The launch comes amid news that Suzuki is willing to invest over $450 million in the country, provided the government allows it benefits being extended to new entrants through the auto policy announced in March last year.

While the investment plan remains hinged on incentives, the company, which entered the Pakistan market in the 1980s, continued to introduce imported models to test market response.

“Producing a local model is a time-consuming process and it can take up to three years to produce this car locally at a huge amount of investment. We believe that importing such popular vehicles at this point in time can be a good option for the company and its customers,” Mirza added.

The vehicle is being imported from Thailand with a K-series engine.

The price range and engine size put it in the bracket of Honda City and Toyota Corolla’s XLI, GLI models.

“We have introduced the basic model of Ciaz, but customers can request for additional features and an accessory on demand.

“We cannot commit on how much units we will be able to sell in a year but we believe we will have a good response.”

Celerio to have Cultus’ name

Talking about the launch of the 988cc Suzuki Celerio after the discontinuation of Cultus, Mirza said that the company is hoping to introduce the vehicle this year. “We will launch a 1000cc car in 2017, but will introduce it under the same name – Suzuki Cultus,” Mirza said.