Sequel delves into the charac­ter's murky past
By Reuters
Published: February 8, 2017
Tweet Email 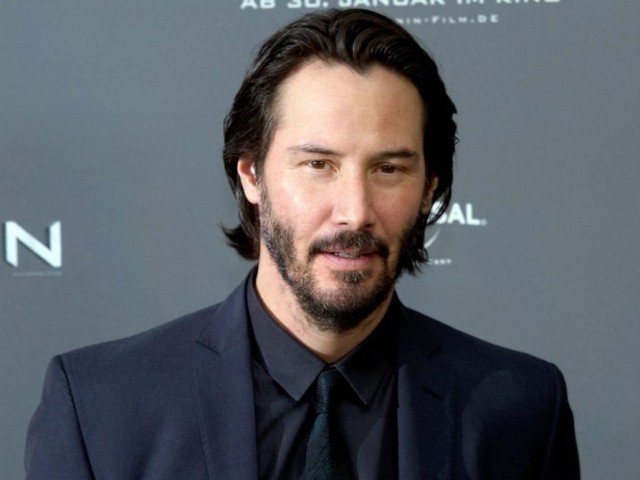 LOS ANGELES                  : Keanu Reeves did not need much persuasion to reprise his role as a retired hit-man whose path to revenge sees him killing dozens more, in the upcoming sequel John Wick: Chapter 2.

“I love John Wick,” the actor admitted, ahead of the film’s opening in theatres on Friday. “We had great ideas. We opened up the world making a darn good action movie.”

After the death of his puppy and the theft of his car led the hit-man on a bloody rampage in 2014’s hit action thriller John Wick, the sequel delves into the character’s murky past. It includes the emergence of a rival assassin and a nefarious Italian playboy who destroys Wick’s home, the only reminder of his once-happy life and sets a bounty on Wick’s head, causing the hit-man to go back underground.

John Wick, the slick 2014 action thriller from Lionsgate made for around $20 million, earned critical praise and marked a box office comeback for Reeves, 52, after a handful of low-performing films.

For the second chapter, Reeves said the budget was higher, which allowed for expensive locations, such as the catacombs in Rome and Lincoln Center in Manhattan. A third chapter is already in discussion, the director Chad Stahelski said.

More recently, he starred as a menacing motel owner in last year’s Hollywood thriller Neon Demon and as a doctor helping a girl battling anorexia in this year’s Sundance premiere To The Bone. “My whole career, I’ve tried to do different kinds of genres and different scales of film,” the actor said.

Reeves said plans for a sequel to Bill and Ted, a cult favourite among film lovers, is currently in the works.

“Bill and Ted were supposed to change the world and write the song that saves the world, so the pressures of having to do that and not having succeeded yet – what that’s done to their relationships, their marriage their children and their lives… it’s a cool premise,” he said.