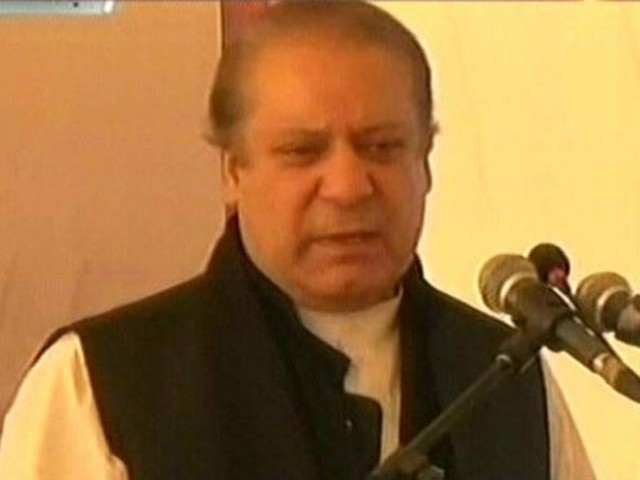 Addressing people of the area after his visit, the premier said, “Eighty-four per cent work of Bhikki Power Plant has been done.”

Bhikki Power Plant is a gas powered plant with a total capacity of 1180 MW that will be fully operational by the end of 2018. So far 84% work has been completed and the plant will be initially producing 716 MW before summer, this year.

“Our government’s work isn’t limited to just motorways. Instead, we’ve made airports; Orange Line is being constructed, while work on the Green Line Project is also in progress in Karachi,” the prime minister added.

PM Nawaz announced that the “Haveli Bahadur Shah project has also been completed.”

Power project under CPEC runs aground

The power plant has one of the most efficient and state-of-the-art gas powered turbines that produce electricity without wastage, while being environmentally friendly at the same time. It is among the priority projects earmarked by the Government to reduce electricity shortfall in the country.

It is estimated that the Bhikki Power Project, due to its low cost and efficient plant machinery will save around Rs. 250 billion over a period of 30 years.

During the address, PM Nawaz advised Pakistan Tehreek-e-Insaf Chairman Imran Khan to not only wait, but also express gratitude for all the work the government has done so far. “We will definitely celebrate when our hard work pays off.

“Do not conspire against this country, instead play your part in the country’s progress,” he said.

Want to work but not in an office? Try CoPakistan