Talks, for which Iran, China and Afghan­istan have also been invite­d, will focus on peace in the war-torn countr­y
By Kamran Yousaf
Published: February 8, 2017
Tweet Email 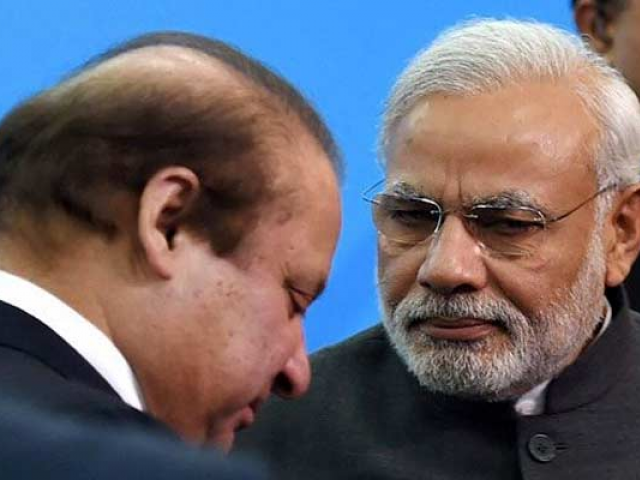 ISLAMABAD: Russia, joined by China, is set to host six-nation talks this month on Afghanistan in an unprecedented development where arch-rival Pakistan and India are also invited to discuss options for seeking a peaceful end to the lingering unrest in the war-torn country.

The talks involving host Russia, China, Pakistan, Iran, Afghanistan and India are scheduled to be held in Moscow in mid-February, according to the Russian media following talks between Russia’s Foreign Minister Sergei Lavrov and his Afghan counterpart Salahuddin Rabbani on Tuesday.

The United States, a major stakeholder, however, has not been invited to the meeting in what appears to be significant move suggesting that both Russia and China are now seeking a regional solution to the Afghan problem.

However, Russian state media quoting a senior diplomat said US could join the six-nation talks once the new administration there determines what they are planning to do in Afghanistan. US President Donald Trump has yet to announce his policy on Afghanistan as he is currently embroiled in domestic issues particularly after his controversial executive order banning nationals from seven Muslim majority countries to travel to the US.

What is significant of the Moscow talks is that both Pakistan and India will join other regional countries to discuss the future of Afghanistan. Although, Islamabad and New Delhi are part of Heart of Asia Istanbul initiative, this is the first time India has been invited to talks exclusively focused on seeking the revival of peace talks between the Afghan Taliban and the government.

Pakistan has always opposed India’s role in Afghan affairs. The opposition stems from  fears that Indian intelligence agencies have been using Afghan soil to create instability in Pakistan. New Delhi, on the other hand, accused Islamabad of supporting the Afghan Taliban to further its interests.

Given divergent interests as well as current strain in ties, it is not clear how Pakistan and India will come together on the issue of Afghanistan. While Russia, China, Pakistan and Iran are all in favour of direct talks with the Afghan Taliban, India is reluctant to support such a move fearing that this will provide legitimacy to the insurgents.

There was no immediate reaction from Pakistan over the announcement made by the Russian foreign minister.

Speaking at a joint news conference with his Afghan counterpart, Lavrov said most of the countries confirmed their participation. “We are expecting that our partners will be represented at a high level.” he said.

He reiterated Moscow’s stance that “Taliban must be included in a constructive dialogue” to help find a solution to halt worsening violence in the war-ravaged nation at a time the Islamic State group has expanded its presence.

Russia, which for years opposed Afghan Taliban, has recently changed its position and now sought direct talks between the Ghani administration and insurgents. It also hosted a trilateral meeting in December last year involving China and Pakistan. The support to peace efforts by two key international players is seen as diplomatic victory for Pakistan.