Trump slams NAFTA as a 'catastrophe'

Trump slams NAFTA as a 'catastrophe'

'I have very seriou­s concer­ns about NAFTA'
By AFP
Published: February 3, 2017
Tweet Email 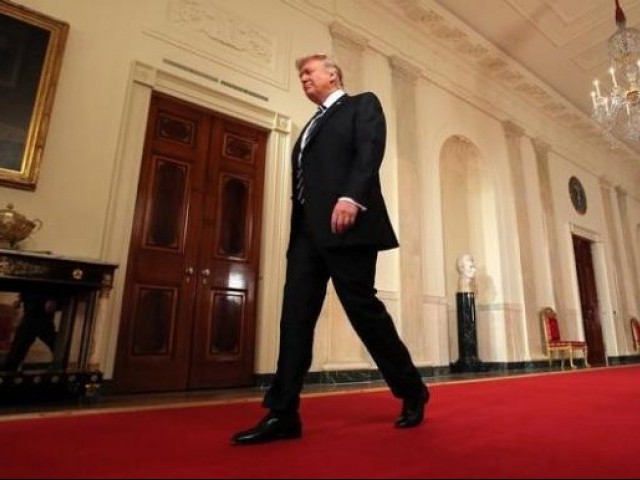 US President Donald Trump arrives to announce his nomination of Neil Gorsuch for the empty associate justice seat of the US Supreme Court at the White House in Washington, DC. January 31, 2017. PHOTO: REUTERS

WASHINGTON: US President Donald Trump doubled down on his criticsm of NAFTA Thursday, but indicated he would be willing to renegotiate rather than scrap the pact with Canada and Mexico.

“I have very serious concerns about NAFTA,” Trump told lawmakers. “NAFTA has been a catastrophe for our county.”

“I don’t care if it’s a renovation of NAFTA or a brand new NAFTA but we do have to make it fair and it’s very unfair to the American worker and very, very unfair to companies.” Trump said.

Trump added that he wanted to add another “F” to the agreement so it would encompass “free and fair” trade.

Mexico’s government has said it expects negotiations to modify the agreement to begin in May.

Trump has repeatedly trashed the 23-year-old pact, calling it a bad deal that has left the United States with a $60 billion goods trade deficit with Mexico.

Trump order blocking some from Muslim-majority nations re-entering US: lawsuit