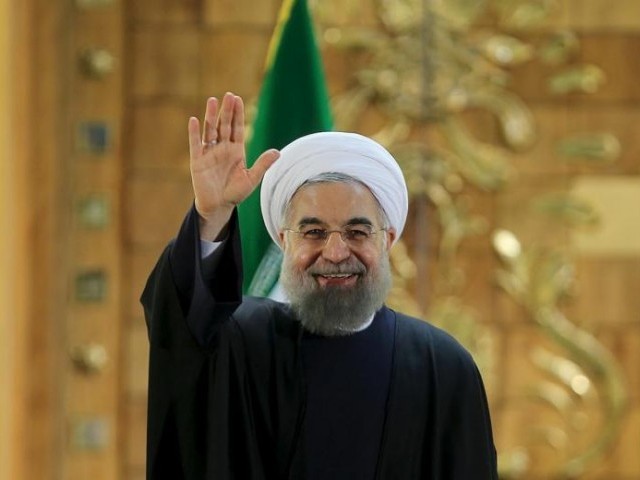 TEHRAN: Iran’s President Hassan Rouhani dismissed his US counterpart Donald Trump as a political novice on Wednesday, stepping up criticism of the Republican’s immigration policies including a temporary travel ban on Iranians.

Tehran has already said it will take legal, political and reciprocal measures in response to Trump’s order suspending the entry of people from Iran and six other Muslim-majority countries.

Rouhani turned the focus on Trump himself in a live address on state television, saying: “He (Trump) is new to politics. He has been in a different world. It’s a totally new environment to him.”

“It will take him a long time and will cost the United States a lot, until he learns what is happening in the world,” added Rouhani, who led a rapprochement with Washington under Trump’s predecessor Barack Obama.

Trump’s has said his travel order, signed on Friday, is needed to protect national security. He has also promised a sharp shift in policy on Iran, calling the nuclear pact that Tehran signed with Washington and other world powers “the worst deal ever negotiated”.

The renewed impasse with may further weaken Rouhani’s efforts to attract foreign investors to Iran, particularly if it slows the implementation of the deals for 80 Boeing jets and 100 Airbus struck last year.

“Today is not a time for separating nations by walls,” Rouhani said, in an apparent reference to Trump’s promise to build a barrier along the US border with Mexico.

Opposition to President Donald Trump’s immigration moves spread inside the United States on Tuesday, with Massachusetts, New York, Virginia and Washington state joining others suing the administration over the travel ban.

France vowed on Monday to defend Iran’s nuclear deal, strengthen trade ties with Tehran, and double the number of visas available to Iranians.