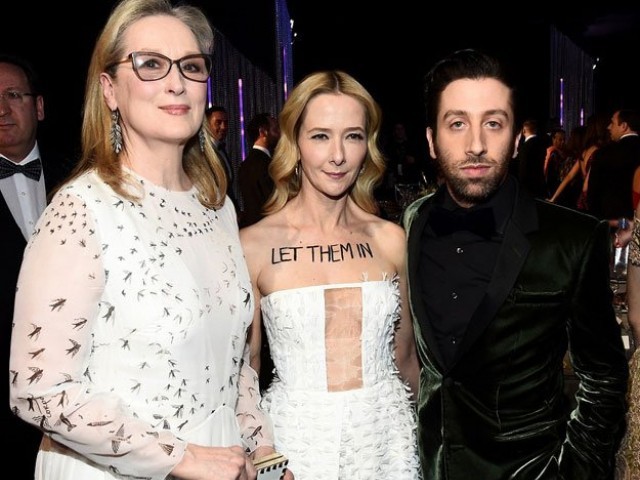 Actress Meryl Streep, who rapped President Donald Trump and his policies during her speech at the Golden Globes, poses for a photo with Jocelyn Towne and Simon Helberg who made their opinions on the ban clear. PHOTO: DAILY MAIL

“This story is about what happens when we put our differences aside and we come together,” star Taraji P Henson said. “Thank you for appreciating these women, they are hidden figures no more,” she added.

US celebrities back ‘Dump Trump’ campaign

Fences, based on August Wilson’s award-winning stage play about blue-collar African-Americans, claimed two major acting awards. With awards darling La La Land out of the running for the top SAG prize for best ensemble, the win put Hidden Figures firmly into the race for the best picture Oscar, the top accolade in the film industry.

Voted for by about 120,000 U.S. actors, the two-hour televised SAG awards show often anoints top Academy Award winners since actors comprise the largest body within Oscar voters. A surprised Denzel Washington won best actor for Fences, beating out front-runners Casey Affleck for Manchester By the Sea and Ryan Gosling for La La Land. Washington’s co-star Viola Davis, who won best supporting actress, thanked the late playwright Wilson for honoring “the average man, who happened to be a man of color.”

The SAG awards honored many actors of color in a year when diversity in Hollywood has been in the spotlight. The Academy of Motion Picture Arts and Sciences announced seven Oscar nominees of color among its acting categories this month after two years when only white actors were nominated, prompting the hashtag #OscarsSoWhite.

According to Daily Mail, Actor Ashton Kutcher kicked off the awards by attacking Trump’s recent executive order. He said, “Everyone at airports who belong in my America, you are a part of the fabric of who we are…we welcome you”. 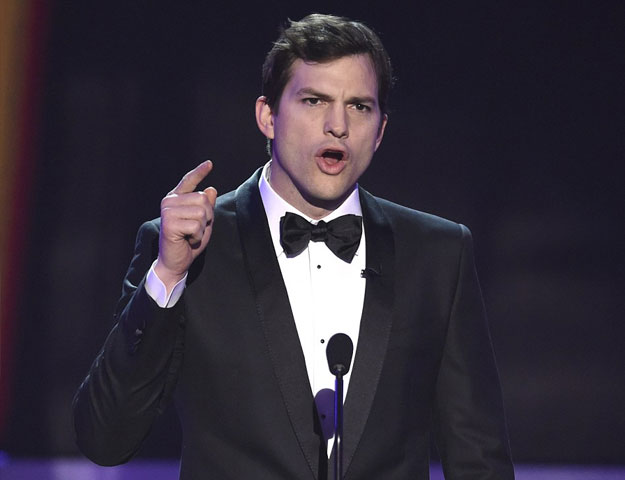 Julia Louis-Dreyfus, who won best comedy TV actress for playing flawed fictional U.S. President Selina Meyer on HBO’s political satire Veep, called Trump’s ban a “blemish”. “Because I love this country, I am horrified by its blemishes, and this immigrant ban is a blemish,” she said. “It is un-American.” 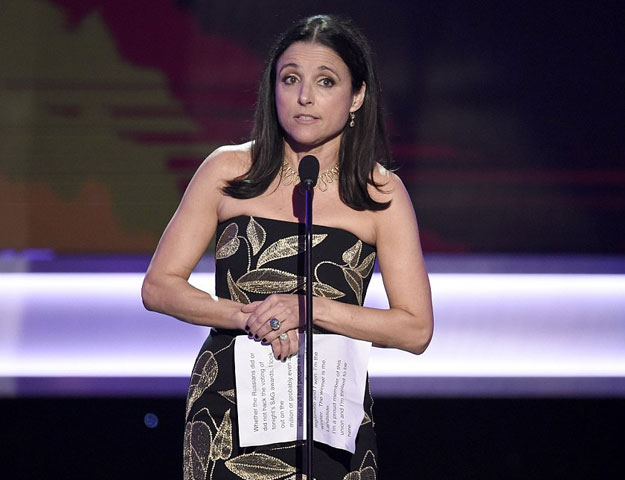 Actress Julia Louis-Dreyfus, whose father was an immigrant from Nazi-dominated France, said: ‘The immigrant ban is a blemish and it’s un-American’. PHOTO: DAILY MAIL

Mahershala Ali, who won best supporting actor for his role in independent drama Moonlight said he is the Muslim son of a mother who is a Christian minister. “She didn’t do backflips when I called her to tell her I converted 17 years ago, but I tell you now, we put things to the side,” he said. 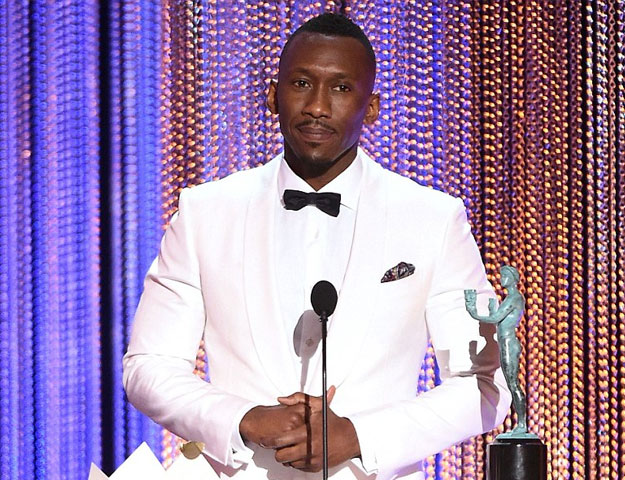 Mahershala Ali shared a very personal story of his as he accepted his award for best supporting actor in the film Moonlight. PHOTO: DAILY MAIL

Actors Simon Helberg and Jocelyn Towne made their opinions about the controversial ban clear while on the red carpet- with Towne wearing the words ‘Let them in’ written across her chest, and Helberg holding a sign reading ‘Refugees welcome’. 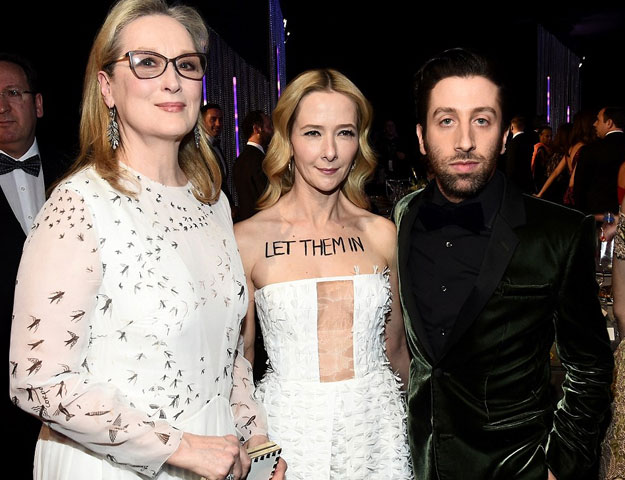 Actress Meryl Streep, who had rapped President Donald Trump and his policies during her speech at the Golden Globes, posed for a photo with Towne and Helberg who made their opinions really clear about the ban.
PHOTO: DAILY MAIL

Emma Stone, winning best actress for musical romance La La Land, praised her fellow actors for “reflecting society.” “We’re in a tricky time in the world and in our country, and things are very inexcusable and scary and need action,” she said. “And I’m so grateful to be part of a group of people that care and want to reflect things back to society.”

Have to reciprocate the love: Sushmita Sen during Miss Universe 2017