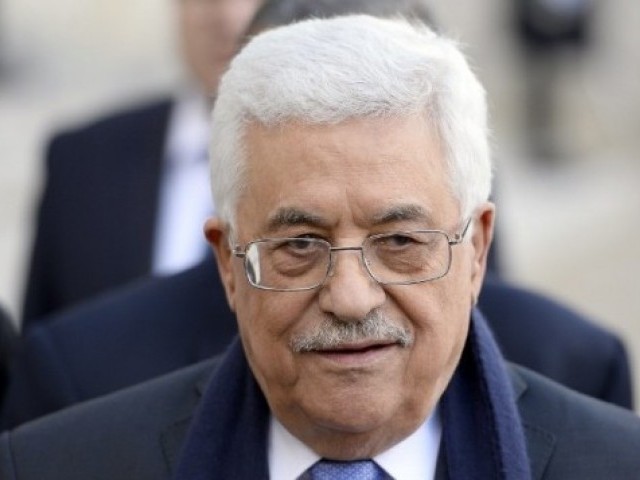 This is the Palestinian president's third visit to the country during his tenure. PHOTO: AFP

Palestinian President Mahmoud Abbas will arrive in Islamabad on a three-day visit on Monday.

According to the Foreign Office, this would be the Palestinian president’s third visit to the country during which he will be accompanied by a 17-member delegation including five ministers. President Abbas previously visited Pakistan in 2005 and 2013.

During his stay in the federal capital, he will hold one-on-one meeting with Prime Minister Nawaz Sharif, followed by sessions with other delegations.

The visiting president and PM Nawaz will jointly inaugurate the newly constructed Palestinian embassy complex in the Diplomatic Enclave, Islamabad.

The Palestinian leader and his delegation will also hold meeting with President Mamnoon Hussain. Bilateral political issues as well as issues of common interest will be discussed between the two.