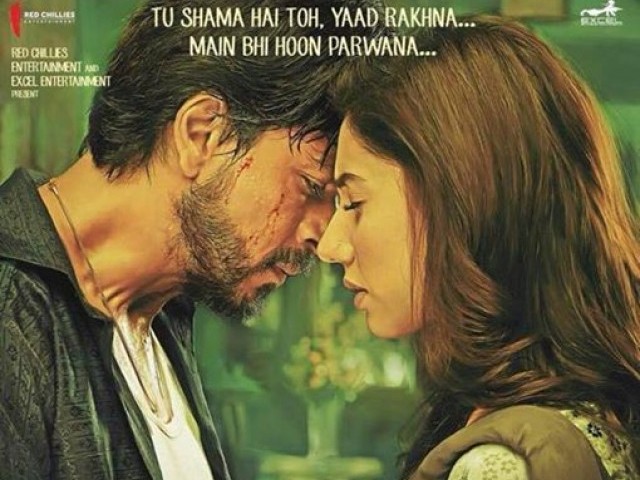 KARACHI: With our reverse evolution from revival to survival, the past few months have perhaps been the most eye-opening for Pakistani cinema. In this do or die situation, whatever happens with Indian films will be remembered as a significant chapter in our film history.

At this crucial time, when cinema owners are relying on two major Bollywood films – Shah Rukh Khan and Mahira Khan-starrer Raees and Hrithik Roshan’s Kaabil to end the drought and revive their business, cable providers have already started playing the former on TV. This could lead to major box office losses if and when the Khan-starrer is released in cinemas.

“If a film misses its first weekend, the occupancy automatically drops below 50% because people find alternative ways to watch it. Now, if it’s also playing on television, it’s definitely going to affect the business even more,” Super Cinemas general manager Khorem Gultasab told The Express Tribune. “It’s a big film, starring Shah Rukh Khan and our very own Mahira, so surely people will still come to watch it but not as many as before.”

However, Gultasab commended the government for finally realising that the Pakistani cinema industry can’t survive without Bollywood yet. “Look, we are in survival phase now. We need Bollywood films until we become self-reliant. The government must be commended for looking at the larger picture and being more flexible with the release of Indian films in Pakistan.”

Atrium Cinemas managing director Nadeem Mandviwalla feels the situation is nothing new. “Of course, the business is going to be affected, but it already happens anyway because of the DVD shops selling pirated versions of films,” said Mandviwalla.

If cable operators are airing the film, it is obviously in direct violation of Pemra’s ban. But Mandviwalla has bigger concerns. “At least, we have a regulatory body for TV and cable. The bigger question is why is there no regulatory body for DVDs? Are they not in Pakistan? Why does that medium go unregulated, because that also largely affects the cinema business?”

Film-maker Jami Mahmood took a jab at the lack of check-and-balance system in Pakistan. “This is a country where we can shoot a robber who steals a phone worth Rs2,000 but there is no check and balance for a six crore investment on a film. Government treats cinema like a red light district.”

He added that Pemra had no powers to monitor and balance what happens on television. “Aamir Liaquat can snub them, openly defy them and nothing can be done about it.”

From Humsafar to Raees: Mahira Khan’s journey to stardom

A source at HUM Films – the local distributors of Raees – said he didn’t know about Raees playing on television but the company had sent letters to Pemra to monitor the situation. “Even piracy via DVDs is not that rampant as it was six months ago. So obviously, the government has taken positive steps and it is showing,” he said. “But there are some things outside our domain. We can’t control online piracy. It’s a menace that’s going to affect the business. The delay in release has also affected it because if they don’t get it as soon as possible, people go to all lengths to watch films.”

He added that Hum Films was waiting to receive the NOC for Raees. “We hope to get it by Tuesday or Wednesday so the plan is to release Raees within a week or so.” Pemra wasn’t available to comment on the situation.

‘Behind Enemy Lines’ to get TV reboot