Trump has unsett­led his tradit­ional Europe­an allies with a range of radica­l policy plans
By AFP
Published: January 27, 2017
Tweet Email 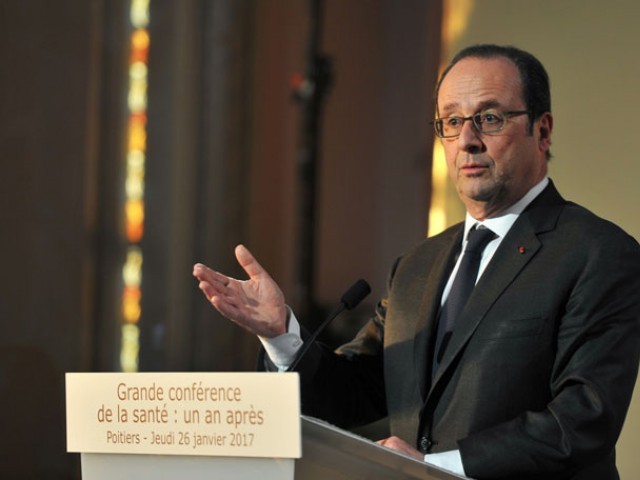 French President Francois Hollande delivers a speech during a conference on health at the city hall in Poitiers, western France on January 26, 2017. PHOTO: AFP

“Let’s speak very frankly, there are challenges, there are the challenges the US administration poses to our trade rules, as well as to our ability to resolve conflicts around the world,” Hollande said in Berlin.

“So we of course have to talk to Donald Trump since he was chosen by the Americans to be their president,” he said at a joint press conference with German Chancellor Angela Merkel.

“But we also have to do so with a European conviction and the promotion of our interests and our values.”

Merkel, without mentioning Trump by name, said: “We see that global conditions are changing dramatically and quickly.”

Trump has unsettled his traditional European allies with a range of radical policy plans, from calling NATO “obsolete” to announcing he would rip up a planned transatlantic trade plan.

The billionaire president is due Friday to meet British Prime Minister Theresa May, who is set to lead her country out of the EU after last year’s Brexit vote, in his first official meeting with a foreign leader.