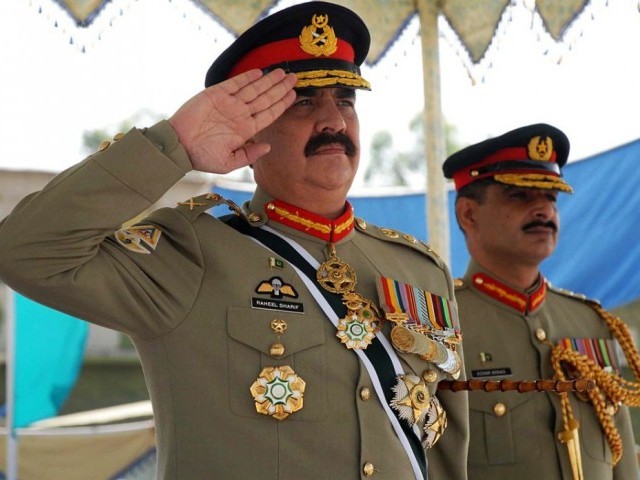 ISLAMABAD: The army defended its former chief General Raheel Sharif against attempts to blow out of proportion the allotment of prime agriculture land to him, saying it was neither unusual nor unconstitutional.

In a strong rejoinder to reports questioning the allotment of 90 acres to General (retd) Raheel Sharif, the Inter-Services Public Relations (ISPR) clarified that land was allotted strictly in accordance with the ‘constitutional provisions.’

The military’s media wing said in a statement that the issue of allotment of agricultural land to army officers and soldiers was being debated and conjectured for the last few days. “In this regard it may be known that such allotments are given through constitutional provision. Allotment to former chief of army staff Gen (retd) Raheel Sharif is also under the same provision and through government/army procedures,” ISPR clarified.

What was significant in the army’s rejoinder is that it contained a warning that this debate “with intent of maligning the army also has the potential to create misunderstandings between state institutions thus considered detrimental to existing cohesion.”

Sources said the former army chief was upset since the reports appeared in the media questioning the allotment of land to him. They said Gen Raheel believed he was unnecessarily being defamed by blowing the allotment out of proportion. It is believed that Gen Raheel approached GHQ to issue a clarification on the controversy.

Military sources have been playing down the hype over the issue since the story first appeared in a section of media. But the army’s move to publicly issue a statement suggested that it would not allow further criticism against Gen Raheel.

The allotment of 90 acres has triggered a debate in the country with some questioning as to how the retired army chief could be given prime land. Military sources clarified that he was allotted 50 acres as a four star general and 40 acres for serving as the army chief. Sources said the land was meant only for agricultural use and cannot be used for any commercial activity.