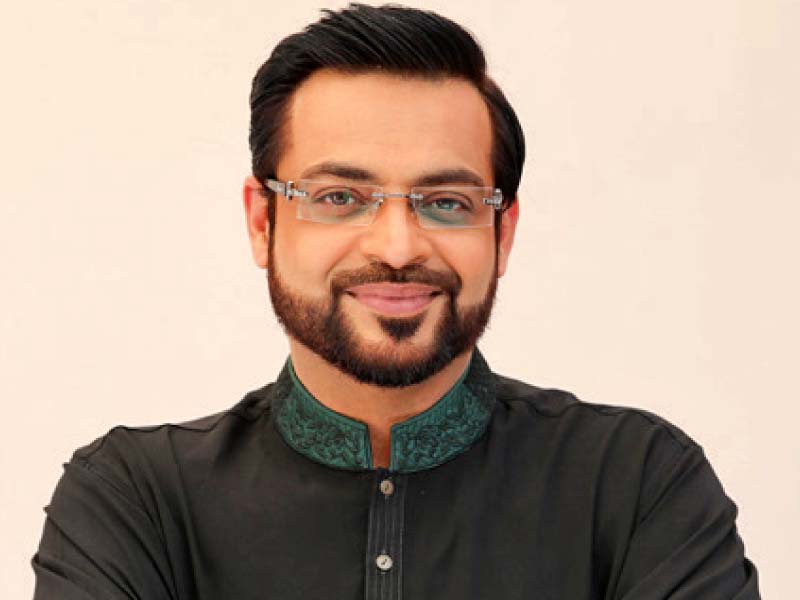 “Amir Liaquat and his programme has been banned with immediate effect for preaching hate,” a notification issued by Pakistan Electronic Media Regulatory Authority (Pemra) read.

“Amir Liaquat, the host of the programme named Aisay Nahi Chalay Ga shall not host any programme or appear in any manner, including but not limited to, as a guest, analyst, reporter, actor, in audio, video beeper, promo/advertisement on BOL News,” the notice further read.

Pemra took the decision of banning the TV anchor after ‘monitoring’ the TV anchor  for several weeks. “During several weeks it has been monitored that Amir Liaquat host of the programme Aisay Nahi Chalay Ga, in the episodes broadcast on BOL News from January 2, 2017 to January 24, 2017, has willfully and repeatedly made statements and allegations which tantamount to hate speech, derogatory remarks, incitement to violence against citizens and casting accusation of being anti-state and anti-Islam, on various individuals.”

The media watchdog added, “In case of non-compliance of the above orders, the licence for the channel BOL News shall be suspended with immediate effect.”

“Amir Liaquat is also prohibited from delivering any hate speech, declaring anyone Kaafir or Ghaddar on any TV Channel. In case of violation, action shall be initiated against such channel(s) under Section 27 of the Pemra Ordinance 2002 as amended by the Pemra (Amendment) Act 2007,” it added.

Social activist Jibran Nasir has filed an official complaint with the Pemra against TV anchor Amir Liaquat Hussain for ‘maligning’ him. In his complaint letter to the media watchdog, Jibran said the anchor of BOL Network had started a “malicious, defamatory and life endangering campaign” against him and the bloggers who went missing between January 4 to 8.

“…on 19 January, Amir Liaquat carried on this vicious campaign against me asserting accusations of blasphemy and went to accuse me of being the admin of the Facebook page “Bhensaa” and associated all its blasphemous content and posts to me,” Jibran wrote in his letter available with the The Express Tribune.